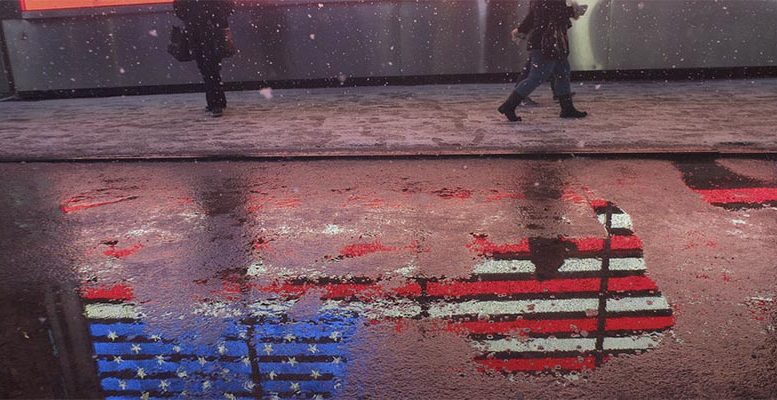 Intermoney | Unemployment claims in the US are the best thermometer of the intensity of the collapse the country’s GDP will experience. More than 6.65 million people filed for unemployment benefits in the US last week. And, unfortunately, some government measures are not going to alleviate this situation. Most US banks, including large institutions, have already said they cannot participate in the $349 billion programme to support small business financing, due to the legal and financial risks involved.

So although businesses which employ almost half of Americans should be able to apply for loans between this Friday and 30 June, this could take a long time to arrive or even not happen for many. In general, the banks’ complaint is that they are the ones ultimately responsible for fraud and the difficulties in preventing money laundering and the financing of terrorism, if one wants to close the deals in a few days. In addition to these legal risks there are concerns about the profitability of the loans. With a rate of 0.5% it would not be profitable for many small entities. For the time being, the Treasury Secretary has already announced that the rate on loans will be increased to 1%. That said, this almost seems a bit less in a country like the United States where legal risks are the big impediment.

In the best case scenario, financial aid to many US companies will take longer than expected. Therefore the risk that many of them will disappear will increase, implying that some of the job destruction will be much more lasting. This is a risk we should bear very much in mind in Spain. A sector such as tourism, which accounts for 12% of GDP, will take time to recover. The uncertainty itself will restrict consumption and, all of this, against a backdrop of a disease for which finding a definitive cure will still take time. Then, unfortunately, there will be temporary layoffs (ERTEs) which will become definitive layoffs (EREs). And this will pull the Spanish economy further away from a scenario of rapid recovery.

In March, 620,000 people were affected by an ERTE in our country and some of those will end up inflating the unemployment figures. That said, the Ministry of Labour and Social Economy now considers them in a different category to the unemployed.

In France, companies also chose to take advantage of the labour legislation flexibility to reduce the working hours or temporarily cancel the services contracts of 3.9 million workers. They make up almost a fifth of the private sector workforce. This situation will likely cause the French state to spend more than the 8.5 billion euros budgeted for paying companies 80% of the payrolls for workers affected by temporary employment adjustments.

So the European Commission’s proposal to support the maintenance of employment through temporary employment regulation schemes could not come at a better time. Yesterday, we finally learned the details of the €100 Bn. pan-European pseudo-unemployment insurance. In fact, this will be a fund that will draw its resources from the markets, thanks to voluntary guarantees from EU members. Individual countries will be able to borrow from it without any predetermined limits. Ahead is the provision of guarantees equivalent to 25% of the fund so that it can start operating.

Neither has Germany escaped the problems facing its partners. The country’s Finance Minister, Peter Altmaier, flagged that Germany’s GDP could fall by more than 5% in 2020. That said, he considers there could be “reasonable growth” this year. For the time being, the German 10-year yield rose yesterday by 2.5 b.p. to -0.442%.