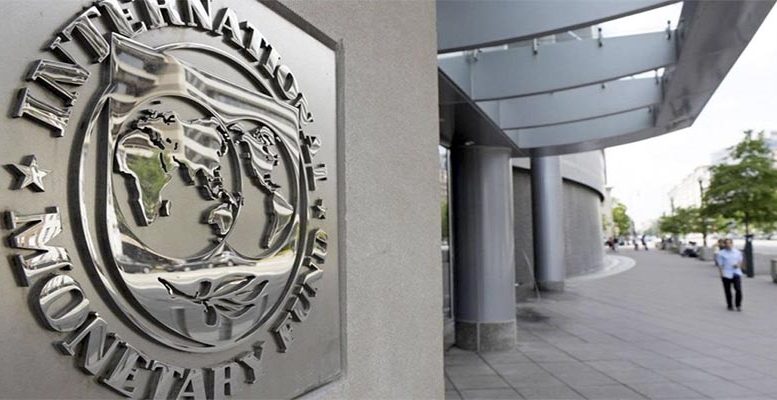 The figures presented in the World Economic Outlook Report, published yesterday by the International Monetary Fund, show that the coronavirus crisis is having an extraordinarly severe impact on global economic activity.

The IMF estimates that as a result of the pandemic, the global economy will contract by 3% in 2020. A dramatic turnaround after ending 2019 with 2.9% growth. Intermoney experts believe the contraction could be as much as 3.9% “simply by extending some measures to control the spread of the new coronavirus a bit further.”

In any event, the figures in the international organisation’s base scenario flag up a recessionary situation for both developed and emerging countries. This is a situation that did not occur in the Great Recession of 2009, when the emerging economies served as a lifeline with growth of 2.82%. In fact, the IMF forecasts that per capita growth will contract in more than 170 countries. So in the “Great Lockdown,” as the IMF has named the current period of crisis, we are facing a situation which has not occurred since the Great Depression.

It is estimated that developed countries’ GDP will fall by more than 6%, with Italy and Spain leading the way. GDP contractions of 9.1% and 8% respectively are predicted for these two countries. Overall, the wealth of the euro area will fall by 7.5%. In the case of Spain, the IMF also forecasts that the unemployment rate will be 20.8% this year and outlines a scenario of negative inflation at levels of -0.3%. For the US, the IMF highlights GDP contraction of 5.9% in 2020 and a recovery of 4.7% in 2021. In the case of China, growth of barely 1.2% this year (after having grown 6.1% in 2019), with a recovery of 9.2% in 2021.

In total, “the cumulative loss of world GDP in 2020 and 2021 due to the pandemic crisis could be around $9 trillion, a figure greater than the combined economies of Germany and Japan,” according to IMF estimates. So we are faced with figures that make the stock markets’ resistence more surprising (yesterday Wall Street bounced 3%). Bankinter’s analysis team explains:

“The point is that the GDP estimates and other figures published these days are so pessimistic that they lose credibility. Building reliable estimates in these circumstances is complicated, but when those estimates are far from reasonable they are ignored. And that’s what happened yesterday.”

The truth is that the IMF’s forecasts and its analysts’ speeches are now much more negative than those of just two months ago, when they expected a very moderate impact on the world economy from the coronavirus. Analysts at Link Securities point to the fact that these organizations tend to be erratic in their projections, which are generally “hardly or not at all reliable.” And they add:

“We believe that any estimate today of the impact the pandemic may have on the world economy doesn’t hold water, given that there are many unknowns. In addition, there are the different variables that may come into play for good or ill, completely modifying the scenario projected by analysts: duration of confinement; psychological impact on citizens who change their consumption habits; treatments, vaccines, etc.”

For 2021, the IMF expects a solid recovery, provided that the pandemic begins to come under control during the second half of this year. That said, it warns that results could be much worse if containment measures are prolonged.

Bankinter is again optimistic at this point and argues that “we are suffering a shock. Not a change of cycle, unless the economy remains stagnant longer than initially expected.”

“The measures from governments and central banks are key to redirecting the current situation. But the virus figures need to consolidate their current improvement. These two conditions are essential to avoid entering a contractionary cycle, and for the time being they are happening. For this reason, we estimate a gradual recovery in the economy throughout the second semester and a 2021 with high growth rates, just like the IMF”.