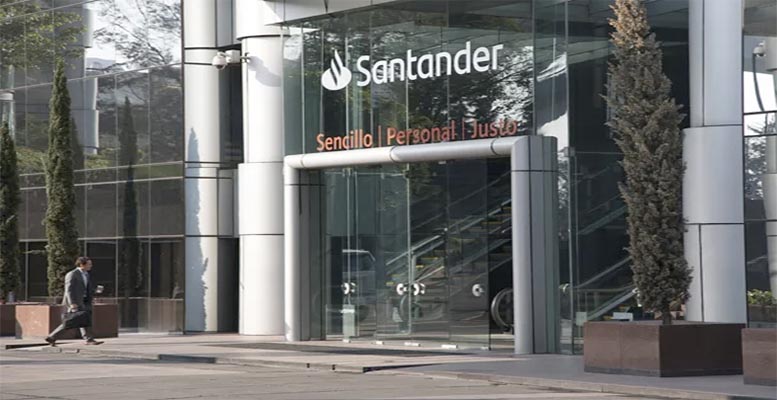 Banco Santander, the leading bank in Spain and the Eurozone, has warned of a slowdown in its business in North America. This is a region which accounts for 16% of group profits, thanks to the contribution from the United States (7%) and Mexico (9%). But the current pandemic led Santander Mexico to announce yesterday that it will not meet its 2020 targests, and that COVID19 will affect results at least until H1’21.

Amongst other objectives, Santander expected to earn 3%-5% more in Mexico. It also forecast an increase in lending in the range of 5%-7% and put the cost of risk at 2.7%-2.9%. In the short term, the bank’s accounts will now reflect “modest profit growth.” Meanwhile, in the US, the group’s consumer subsidiary noted a “rapid deterioration in consumer demand” in the car segment.

At the end of April, Banco Santander will present its first quarter results. It expects to report figures in line with those of the first three months of 2019, given that the confinement measures in Mexico were not implemented until the second half of March.

With regard to future numbers, the bank says there is quite likely to be an impact on its business. It therefore does not expect to obtain the 2020 results announced in January. So it has withdrawn any forecast made for the full year.

At the same time, Banco Santander has decided to withdraw its forecasts for its US subsidiary’s business. Santander Consumer USA will not issue any additional forecast until it can determine the full impact of the pandemic. This is because the effect of the coronavirus outbreak may be “significant,” and the measures taken by the authorities may not be sufficient

One of the businesses the bank estimates will suffer the most is the automobile business, due to the closure of many dealerships or the temporary restriction on their operations. For those which have remained open, Banco Santander has noted a “rapid deterioration in demand.” This significant drop in volume may negatively affect its ability to meet key profitability metrics in line with its agreement with FCA, the US subsidiary of Fiat Chrysler.