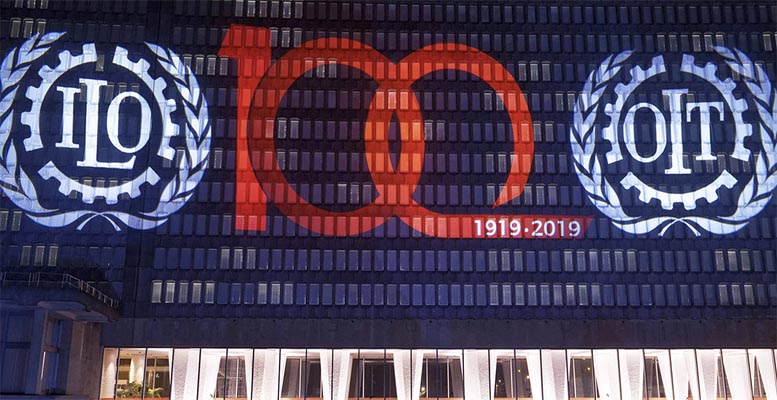 Huw Thomas , Frederick Harry Pitts  and Peter Turnbull via The Conversation | The fraying fabric of the global order was ill-prepared for a pandemic. As the focus now shifts from health to wealth amid the ensuing economic crisis, the World Health Organization (WHO) will cede the stage to other international bodies tasked with steering a course through the current turmoil and recovery to come.

Enter stage left the International Labour Organization (ILO), a sister body of the WHO and the very first specialised agency of the United Nations. As multilateralism wanes and COVID-19 strikes at the heart of how we work and live, the founding mandate of the ILO – which was created in 1919 after the first world war and the Spanish flu pandemic – should resonate around the world: “Poverty anywhere constitutes a danger to prosperity everywhere.”

Worldwide, it’s predicted that 305 million jobs will be lost by mid-2020, that one in six young people have stopped working and that existing inequalities will deepen. This is exacerbated by the fact that more than 62% of the global workforce work in the informal sector, beyond the reach of labour legislation and beyond the coverage of social protection.

The market alone cannot guarantee future livelihoods. The ILO’s constitutional commitment to “decent work”, ensuring that “labour should not be regarded merely as a commodity or article of commerce” and liberating working life from commercial imperatives sounds increasingly like a clarion call to politicians everywhere.

Origins of the ILO

The ILO arose in the ravages of the Spanish flu and the ruins of the first world war. The preceding period had been one of profound social, economic and political upheaval. Increased competition, industrialisation and unprecedented growth were achieved at the expense of workers. Poverty, inequality, discrimination and poor conditions of work meant that Europe was on the brink of what the ILO constitution termed “unrest so great that the peace and harmony of the world are imperiled”.

Established by the Treaty of Versailles in 1919, the ILO was part of an international liberal order built in the wake of the war and the face of totalitarianism. Binding the founding 44 national governments (the ILO now has 187 member states) to basic labour rights and protections not only safeguarded workers, but stabilised liberalism. It channelled increasingly bold assertions of worker power into institutional reform rather than revolutionary uprising. While peace was on the lips of the ILO’s founders, Bolshevism was on their minds.

Whereas all other international organisations consist solely of government representatives, ILO decision-making brings together governments, trade unions and employers. This unique tripartite structure provided a solid foundation for the ILO’s primary remit of international standard-setting – creating and monitoring labour conventions – agreed by the “social partners” who represent capital, labour and the state.

In the intense upheaval of its inception, this unique structure proved indispensable in countering the social, political and economic consequences of the twin salvo of world war and global pandemic. It’s hard to attribute the hardship and social unrest that followed 1919 to one or the other of these causes. But the Spanish flu certainty hung heavy over the Labour Commission of the Peace Conference where the ILO was founded. Not least because of the 50 million people who died during the pandemic, but also because the US president, Woodrow Wilson – a key architect of the ILO – fell ill with the flu.

The early decades of the ILO were arguably the most successful in the organisation’s history, starting with a convention endorsing the long sought-after 48-hour working week and a further 66 international labour standards agreed before the outbreak of the second world war. Whether the standards and employment rights concerned working age, maternity protection, occupational safety, compensation in the event of an accident, sickness insurance, holiday pay, old age insurance, the beneficial effects for workers’ health and wellbeing was undeniable. Health and wealth go hand-in-hand.

Regrettably, as liberal democracies left the rise of fascism unchecked, the spirit of international cooperation summoned up at Versailles, and the ILO’s ambition to lessen tensions within and between nations, soon faded with the onset of the second world war.

Paths of despair and repair

Just as the ILO confronted a world falling radically apart during the interwar years, there is a danger that COVID-19 is exacerbating current trends towards a more authoritarian and nationalist political-economic order with little respect for established global standards. At the same time – and on a more positive note – the COVID-19 crisis offers the possibility of a policy reset reminiscent of those put in place by reforming governments in response to the Great Depression. This is epitomised by President Franklin D Roosevelt’s New Deal – in the wake of which the US finally joined the ILO in 1934.

Between these paths of despair and repair lies a thin line defended and extended by international coordination and social dialogue. For more than 100 years, the ILO has been the only international organisation with the constitutional mandate to bring capital, labour and the state together to promote decent work.

However, long before the COVID-19 crisis, tripartite cooperation within the ILO was increasingly fractious, characterised by the current director general, Guy Ryder, as “special pleading by vested interests to the detriment of the common good”. While employers frustrate progress on new labour standards and the effective enforcement of existing international conventions, most notably the freedom of association and the right to strike, the ILO continues to engage in concerted technical cooperation programmes, cementing its role as the leading recognised expert in the world of work.

Social dialogue between governments, workers and employers is increasingly on the cards in countries around the world. If this new sense of local and national partnership is to be scaled up to the international stage, then the ILO’s tripartite structure once again seems uniquely placed to meet demands for the democratisation of work in the shadow of a pandemic.