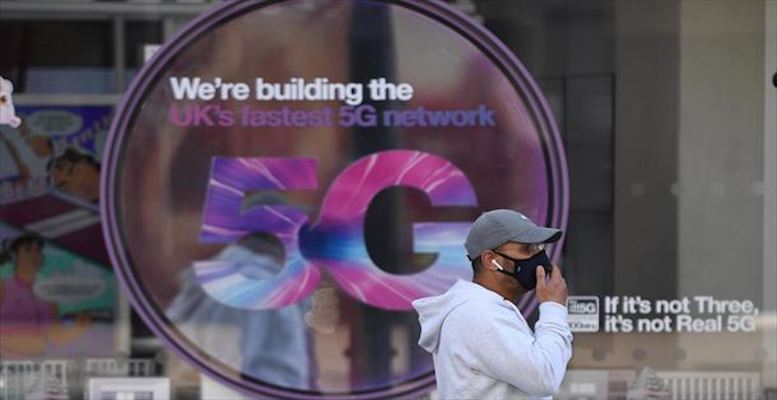 Gary Buswell | Conspiracy theories seem to be a staple of major global events, so it’s no surprise that COVID-19 has become the biggest hotbed for unfounded “alternative narratives” since 9/11. Various theories are circulating across social media, sucking in a worrying number of high-profile public figures who seem willing to share disinformation without checking the facts, even though these narratives have little basis in reality and are not supported by any credible experts or academics.

The climate of fear created by the COVID-19 pandemic, accentuated by months of confinement across most of Western Europe and many other parts of the world, has provided a fertile breeding ground for conspiracy theories and disinformation surrounding the virus and government responses to it. One of the theories which has spread as rapidly as the virus itself is that the coronavirus is somehow linked to 5G technologies.

This latest generation of wireless mobile phone technology, has been a policy priority for European governments and the United Kingdom for years, as faster mobile connections and expanded bandwidth become increasingly important for the digitalization of Europe’s economies and public services. It has taken on added significance now, as teleworking and virtual conferencing go from being the exception to the norm.

But instead seeing it as a building block for the future, many conspiracy theorists have come to regard 5G as an unfounded threat. The anti-5G movement actually breaks down into two main different conspiracy theories. The first holds that 5G is the cause of COVID-19. According to this (nonsensical) belief, 5G is somehow being used as a biological weapon for the purposes of depopulation so that global pharmaceutical companies can make money from a vaccine. Another element of this theory links it to Bill Gates, mainly due to the Gates Foundation being one of the major donors to the World Health Organization (WHO). Some proponents of this conspiracy theory even claim that the development of a COVID-19 vaccine is an attempt to microchip the global population.

The second theory suggests radiation levels linked to 5G technology weaken the immune system, making those in areas where 5G is being rolled out more vulnerable to the virus. Despite these conspiracies being debunked by medical scientists, technology experts and fact-checkers, they have spread across social media platforms which have been slow to react in clamping down on misinformation. According to research in the UK, over one-fifth of people think that COVID-19 is a hoax, while nearly two-thirds believe that it is to some extent man-made.

These conspiracy theories come from a variety of sources, with some of the prominent figures behind them including well-known British conspiracist David Icke, American anti-vaccine campaigner Rashid Buttar and the far-right movement QAnon. Icke was recently sanctioned by both YouTube and Facebook for violating policies on sharing misinformation.

Unfortunately, a number of celebrities, both in the UK and abroad, have signed on to these blatant falsehoods and given them legitimacy by sharing them on their platforms. In the UK, boxer Amir Khan posted Instagram videos where he linked the virus to 5G and depopulation, while musician MIA caused controversy with remarks suggesting a coronavirus vaccine would be dangerous. Lord Alan Sugar, the businessman host of the BBC’s “The Apprentice,” meanwhile, came under fire for sharing a conspiracy theory tweet on social media. In the US, actors Woody Harrelson and John Cusack have both posted on social media linking COVID-19 to 5G.

With large followings on social media, these public figures have a sizable influence on public opinion. Celebrities who find themselves in hot water often claim they are just “asking questions” or sharing viewpoints rather than fully endorsing them. Sugar, for example, later deleted his tweet after discovering it was false, saying: “I just passed it on.” Lies spread online, however, have real-world consequences.

One of the biggest consequences of the 5G conspiracy theories has been a spate of attacks on mobile phone infrastructure across the UK and Europe. In the UK, 77 cell phone masts were set on fire in April and early May, including many that are not even 5G-enabled. Similar attacks have also been carried out in the US and in New Zealand. More frighteningly, Openreach, one of the main telecoms providers in the UK, reported nearly 50 cases of abuse to its engineers during April. This included physical assaults and one instance where a worker had to self-isolate for two weeks after being spat on and developing COVID-19 symptoms. Razorblades have also been found hidden behind anti-5G posters fastened to telegraph poles.

Over the longer term, these conspiracy theories also undermine health messages and may ultimately serve to prolong the outbreak. While many countries have instituted confinement measures and social distancing guidelines to control the spread of COVID-19, conspiracy theorists have been heavily involved in anti-lockdown protests and public gatherings in places such as the UK, the US and Australia.

Beyond the large-scale gatherings, individuals believing these conspiracy theories will be less likely to follow public health guidelines or even get vaccinated if they think the coronavirus threat is bogus or exaggerated. By verbally and physically attacking 5G infrastructure, they are also calling into question the deployment of 5G-powered health-care services, including virtual care, remote monitoring and the Internet of Medical Things.

It is also important to remember that these theories often link back to extremely dangerous currents of bigotry and intolerance. Many of David Icke’s ideas are rooted in anti-Semitism, and he has been called a “hate preacher” by Jewish groups. The QAnon movement, embroiled in much of the COVID-19 disinformation in the US, is also linked to the American far-right and anti-Semitic conspiracy theories.

Although often dismissed by mainstream public opinion as fringe groups operating on the margins, it’s clear some conspiracy theorists see COVID-19 as an opportunity to gather more mainstream appeal. As such, while the celebrities sharing or endorsing conspiracy theories may think they’re helping alternative perspectives reach a wider audience, they are instead amplifying the damaging real-world consequences of those falsehoods and making it harder for society to benefit from the impact of new technologies. Especially at this moment of crisis, it is critical to remember that with great platforms comes great responsibility.