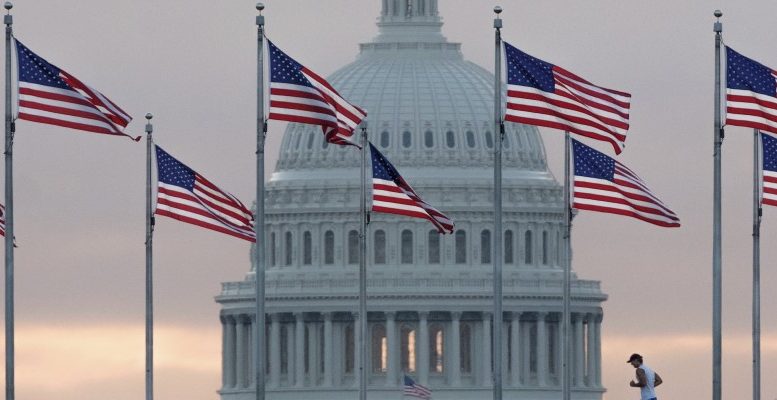 In global political and journalistic mythology, the word “impeachment” is loaded with meaning. In the city of Washington, where this curious political figure takes place, its importance is much less. In practice, the impeachment is no more than a vote of “no confidence” in the US President by the House of Representatives, one of the two houses that make up the legislature of this country. No less than Bill Clinton was submitted to impeachment in 1998 for the infamous Lewinsky case. Nothing happened. Also Andrew Johnson. No-one saw their political career ended. And in the case of Clinton, he left the White House with a record popularity rating. Nixon … resigned first.

Why is impeachment so irrelevant. Because, despite the grandiloquence of its formulation – it can only happen when the head of the State and Government has committed “high crimes and misdemeanors” – it has no political or institutional consequences. It can have them, but it needs the Senate to adopt a “political judgement”, and this needs to be passed by a two thirds majority. And it is simply impossible to get 67 senators to vote to throw out the President. In contrast, in the House of Representatives, impeachment requires only a simple majority.

The word impeachment could begin to appear massively in the press from next month. The reason is the legislative elections on 6 November. That day, US citizens will elect the 535 members of the House of Representatives plus 35 of the 100 members of the Senate and 39 state governors. They will also name thousands of political positions of less institutional importance. But attention is focused on the House of Representatives, and to a lesser extent the Senate. These will be the elections that frame the politics of the world´s most powerful country until the presidential elections of 2020.

When legislative elections are held in the second year of a President´s first term, the President´s party always loses. This time, it doesn´t look as if Donald Trump, who defied all the polls in 2016, will escape this destiny. The political betting markets give the Democrat opposition a 70% chance of recovering control of the House of Representatives, although this percentage falls to 27% in the case of the Senate. The reason is a calendar factor: of the 35 seats up for re-election in the Senate, 26 are already held by the Democrats. At the same time, 10 of these seats are in states where Donald Trump won in 2016. To take control of the Senate, the Democrats would need to win 28 of the 35 states at stake, which seems virtually impossible.

In the House things are different. The polls give the Democrats an advantage of 6 or 7 percentage points. In reality, this is a very rough tool to know what will happen in the elections, because these are like 535 simultaneous elections. Moreover, the Republicans control 28 of the 50 states, and have carefully designed the districts in such a way as to maximise the prejudice to the Democrats, using from GPS to algorithms to achieve this.

Even with all these factors, the Democrat Party looks destined to win the House. And here is the main question: are they going to begin the process to impeach Donald Trump? The official answer if no. The answer behind the scenes is “of course”. Unless the Democrats win a very slim majority – another possibility – it seems clear that they are going to launch the impeachment. They have more than enough artillery. For now, the Republicans, which control both houses, have systematically blocked – sometimes in coordination with the White House, which provokes suspicions that they have breached the rules on separation of powers between two parts of government which, in theory, should be completely independent of each other – any efforts to investigate Donald Trump´s multiple scandals. This has especially affected the investigation which has captured most headlines, Russian collusion. But there is also what could cause even more political problems for the President: his activity as a businessman before entering politics. Ultimately, Trump was not only a property developer who counted on a “disproportionally large number of Russians” among his investors (as his own son said), but also has to be the only businessman who between 2008 and 2016, with interest rates at zero, paid 400 million dollars in cash in different property developments. This would have sounded the alarm bell for money laundering in any tax authority in the world. In the US, apparently not.

If the Democrats take the House of Representatives, we can already start preparing ourselves for a wave of witnesses giving evidence to different committees on the Russian collusion (although it doesn´t seem that the “Israel collusion”, as or more important, will deserve much attention) and the finances of Trump and his family, an area which is already being investigated by the Prosecutor for South Manhattan and the special prosecutor on the Russia plot, Robert Mueller. We should also expect a law which obliges candidates for public positions – or at least the presidency – to make public their tax returns, a tradition which Trump broke. And, finally, the impeachment.

So far so good: one thing is the media impact of these measures. Another is the political impact. Nancy Pelosi, Democrat leader in the House of Representatives, has a “flock” internally divided, with a small but growing group of legislators on the left and a somewhat reduced but still dominant majority in the centre. Coordinating them is not going to be easy. And in addition the Democrats are probably going to have a Republican Senate as solid as a rock. The leader of this house, Mitch McConnell, has surrendered himself to Trump, as was made obvious in the recent battle over the ratification of the Supreme Court judge Brett Kavanaugh.

It is something McConnell has done to protect his power. Trump´s popularity is low in the country as a whole – around 40% despite an economy growing at an unsustainable 3% and full employment with hardly any inflationary pressures – but his support among republicans is at 90%, that´s to say greater than the “patron saint” of this party, Ronald Reagan. The last bastions of anti-Trump republicanism have surrendered. The leader of the House of Representatives, Paul Ryan, is not presenting himself for re-election. Nor are the senators Jeff Flake and Tom Cotton. The other member of this peculiar resistance, John McCain, died in August. This not only means that impeachment is not going to get through the Senate, but even that measures like that obliging presidential candidates to publish their tax returns will be, very probably, buried in the Senate.

But, in the margins of impeachment, a Democrat majority can make more noise. For example, postpone “sine die” the ratification of the new free trade agreement which the US has signed with Canada and Mexico. Or oblige a partial step back in the tax cuts applied in January, which to a large degree explain the permanent rise in the stock market. All of this, however, need not damage Donald Trump´s aspiration to get re-elected in 2020. On the contrary, Trump is much better at campaigning than governing. And having the opposition controlling a house and blocking his agenda could be a blessing. This also applies to impeachment.