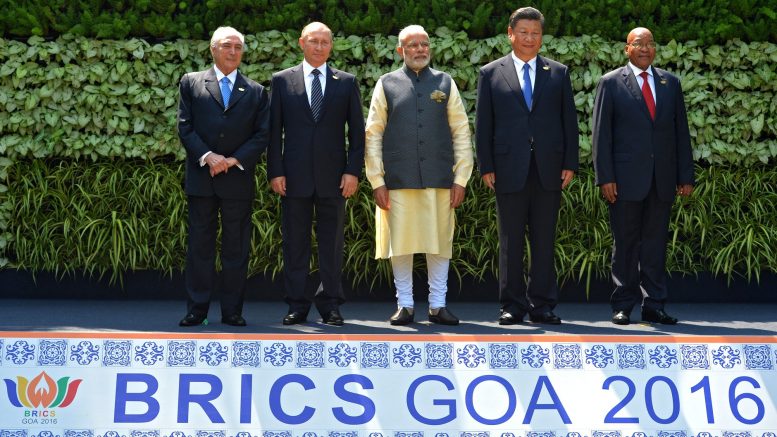 BoAML | One of the most popular ideas in emerging markets economics is grouping Brazil, Russia, India and China together. Here we argue that grouping these very different economies together for economic forecasting was never very useful in the first place. The only thing they have in common is size. The recent divergence in the group makes it even less useful.

The BRICs grouping was first proposed by Jim O’Neill back in 2001. He noted that the BRICs accounted for 40% of the world’s population and 25% of its land mass. As a result they could over time be dominant players in the global economy and markets. Hence a popular exercise is to assume that growth in GDP per capita rises faster in these countries than in more advanced economies and then show how quickly they could move up the GDP “league table” in the decades ahead. Indeed, the economies of all four countries are now fairly big. Over time there have been a number of BRIC summits where leaders of the four economies have met to discuss commercial, political and cultural cooperation. South Africa joined the group in 2011 and it was renamed BRICS.

It sounds good…but is it useful for forecasting?

In our view, grouping the four BRIC countries together never made much sense in terms of analyzing the global economy. Yes, they are big in terms of population and to a lesser extent GDP, but otherwise they are a strange grouping. Two are big commodity producers and two are big commodity consumers, hence their currencies and economies are often out of sync. Their political systems and growth models are different. They do not have strong political ties beyond the BRICS meetings. They face different geopolitical challenges. Even the population story does not really work: in 2015 population growth was 0.2% in Russia and 0.5% in China, but 0.9% Brazil and 1.2% in India. A corollary of this is very different age distributions across countries: children make up a much bigger share of the population in Brazil and India.

These bedfellows have gotten even stranger in recent years. Brazil and Russia have endured deep recessions and are now entering shallow recoveries. By contrast, growth in China and India remains quite robust. For Brazil and Russia it may not be correct to assume high per capita GDP growth. The convergence to advanced economy living standards is not pre-ordained but requires effective policy. Perhaps “BRICS” should be shortened to “IC”.

The bottom line: we think it is time to break up the BRICS. In grouping EM economies, we believe it is much more useful to consider common themes such as the distinction between commodity producers and consumers and between countries with aging populations and those with youthful population.