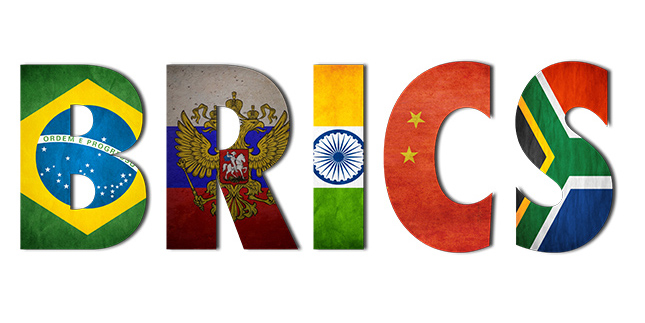 Nine years after BRICS came into existence, none of its member states figure high on the list of export destinations of other BRICS countries.

India’s trade data exemplifies this poor record. Provisional data for 2014-15 (April-March) shows India’s merchandise exports to other BRICS countries totaled only $25.1 billion, a paltry 8.1% of the total export receipts of $309 billion. Among all the export destinations for India, China was fourth (with exports of $11.9 billion), Brazil at 13th ($5.9 billion), South Africa at 18th ($5.3 billion) and Russia at 38th ($2.1 billion). The situation is similar for all the other BRICS countries.

At the same time, the five member countries do need meeting points beyond trade and capital flows if BRICS is to build greater cohesion and propagate an alternative development doctrine. Culture and education can be the necessary cement to enhance cooperation and coordination, and the New Development Bank (NDB) can play a significant role in this task.

The NDB, popularly known as the BRICS Bank and created during the sixth BRICS Summit in 2014, is expected to provide a development financing model that is different from the template used by the World Bank or the International Monetary Fund (IMF). It will be headquartered in Shanghai, and the five BRICS countries will be its major shareholders.

Culture is a particularly opportune area because most BRICS countries have historical or even ancient ties with one another. For example, the Chinese scholar Xuanzang  journeyed through India for 17 years between 600-700 AD. The famous Wild Goose Pagoda in Xian, which was built to honor Xuanzang, is where Indian Prime Minister Narendra Modi started his China visit in May.

Many other BRICS members boast of traditional and historical links. For instance, India, China and Russia were all connected by the ancient Silk Route, which was a corridor not only for trade, but also for religions and philosophies. Brazil and India were linked 500 years ago by Portuguese marine expansion.

More recently. BRICS countries have participated in cultural exchange programs through reciprocal visits by performing artists or exchanges of art works. Often, however, these exchanges are burdened by an “exotica” tag and tend to target only the cognoscenti. At times, they also get lost in the procession of routine exchanges with non-BRICS members. In other words, there is no special focus or flavor to cultural exchanges specifically between BRICS countries.

At the BRICS Academic Forum in May, one of the suggestions put forth was to improve the access of translated literature from various BRICS territories. All of these are certainly necessary, but they are not sufficient conditions.