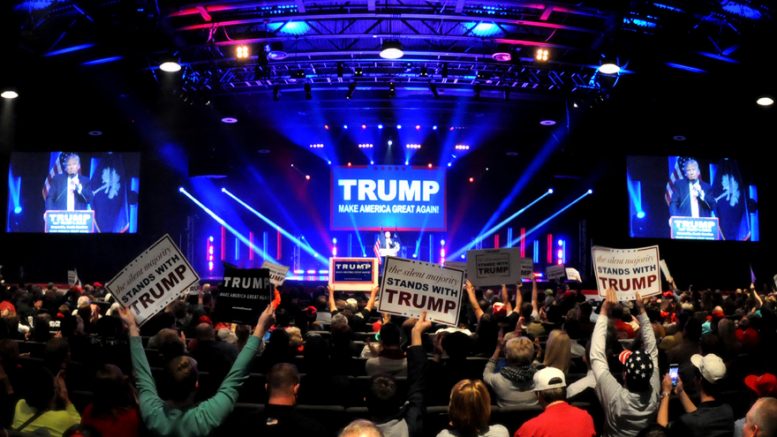 Trump’s victory has been yet another nail in the coffin of the breed which has ruled the world for decades. This bipartisan group exists in every country, but is well connected via the G-7 and the G-20, as well of course by the EU and the collateral networks of the World Bank and AMC.

The new bold breed which is winning against all odds – odds which are no more than a desire – are taking control of these institutions: Brexit, Trump. Then it will be Le Pen, and other so-called populist parties, which all represent the same: poor white people, angry over how their destiny changed firstly with globalisation and then with the crisis. The middle classes, deprived of privileges which may be unfair, but are considered as their natural right.

Yes, there is a racism issue: the white person from the central belt of the US is angry, or at least he feels angry ever since Trump whispered this slogan in his ear: Mexico is to blame for all your ills, for the fact you have no future, for your poverty. For that reason, the Mexican peso has fallen 13% since Trump’s victory.

It was the same white, lower class voter who turned the UK and Europe upside down with Brexit. For those people, the Polish immigrants allowed into the UK with Europe’s permission, are the ones responsible for all their ills.

All the above is stuff of urban legends, obviously, about the good and the bad guys, the white and the tanned, but they are turning the world around. The problem is that it is already too late to re-establish the order prior to 1980, when belonging to a country guaranteed certain privileges which have now become much yearned-for furtive desires. It’s imposible to turn the clock back.

We have to play with the new deck of cards, which have been marked, for the time being, in favour of globalisation and world economic equality, along with manipulation of exchange rates of emerging countries like China. This contributed significantly to the bubble prior to the 2008 crisis.

Populists like Trump & co want to go back to a kind of protectionist nationalism. But it’s not going to happen because all the affected countries will take similar measures, destroying the current economic order. There are many fronts open in this fight to dominate world trade. The energy market, for example, is on the point of changing location: the Arab countries will no longer be the Masters, although we still don’t really know yet who will dominate this sector.

And then there is the financial world, very worrying, because debt levels today are now higher than at the time of Lehman Brothers’ demise. Every day China is losing capital and reserves, and its bubbling financial set up is a threat.

In 1980, a Pandora’s box was opened up – as often happens, without thinking of the consequences – under the auspices of the “New Economy,” namely commercial and financial deregulation. The result has been mediocre, to put it midly. Now a hoard of barbarians, both leftwing and rightwing, are approaching the watchtower, with the objective of turning everything upside down.