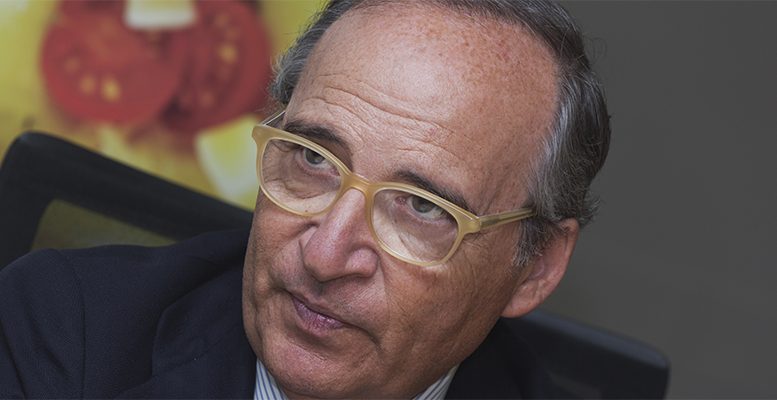 President and CEO of the leading rice producer, Spanish Ebro Foods, Antonio Hernández Callejas, talks about the advantage of low interest rates, a cheaper financing. He also confirms the company is beating Barilla in other markets different from pasta.

Question: From your watchtower as president of a food group, do you think we have come out of the crisis or do we risk falling back into recession?

Answer: To be honest, it doesn’t look to me as if  we have come out. We are in a slightly better situation, but the crisis is still very present. There are countries which still have large deficits which need to be sorted out. And with regard to consumption, people are still holding back on indulgences: they think that we can still return to that very negative situation we lived through years ago.

Q: You have factories and companies in the US. Do you notice differences in working conditions between that country and Spain?

A: You notice it a lot… In Spain most people aim to work in the same company all their lives. But in countries like the US, you need to be very careful that you don’t lose your workers. That is the problem you have over there. The labour market is very dynamic, there’s hardly any unemployment and people leave: there is a lot of rotation and mobility. If the salary structure is not good, with incentives and bonuses , the good employees leave.

Q: Why is that although we have a large agricultural sector in Spain, there are no big companies like Nestlé, Danone or Unilever?

A: It’s a sector which is still very fragmented. There are thousands of companies, dozens of medium-sized ones, and there is a huge amount of big multinationals which have also been buying up Spanish companies and brands.

Q: Ebro Foods is on the way to becoming a big multinational, isn’t it?

A: We are the leading rice producer in world and number two in pasta. Revenues reached nearly 2.5 billion euros last year, of which only 7% was in Spain. And the remaining 93% in various countries in the world, the US, Canada, France, Italy, Germany…And we are leaders in the majority of these countries where we have the first or second position. We are no longer a sugar company but a group with a large portfolio of diversified products. We have won the respect of giants in the industry like Nestlé or the Mars Group.

Q: When do you think you will become the world’s leading pasta producer?

A: This is going to be a bit difficult because we would have to beat the Italian company Barilla, currently in first place. It’s a very important company in Italy, the world’s leading pasta market, where it has a big share. But I can tell you that we are already beating Barilla in some other markets.

Q: Are you going to continue making acquisitions? Have you any master plan in this respect?

A: We don’t have any specific plan because we can’t. We might like to grow faster, but as far as acquisitions go that depends on someone wanting to sell. And that you can manage to buy it, which is another thing. When something comes on the market and it interests us, we try to buy it. But we can’t make a plan in advance because we don’t know what is going to be up for sale. Buying for buying’s sake is not part of our strategy…that is a very bad practice.

Q: I imagine that low interest rates are a great help to your acquisition strategy? In the last seven or eight years you have bought many food companies across the globe.

A: The advantage of low interest rates is that financing is cheaper, but they have fuelled inflation in the price of assets. As you get practically nothing for your money, you end up choosing equities: to such an extent that share prices have reached levels which now appear expensive to us. Before, paying 10 times EBITDA seemed expensive, but now it’s beginning to seem normal and even not much. We have recently seen acquisition deals in our sector where up to 20 times EBITDA has been paid.