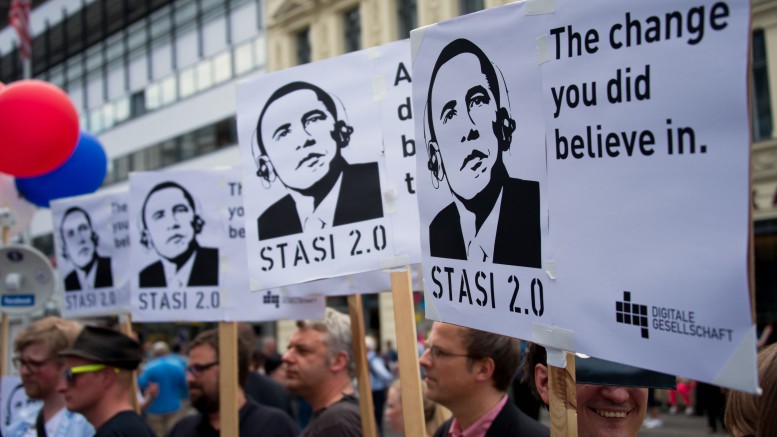 The European outcry over the US intercepts case is embarrassing Washington. However, in New York, where the line between pragmatism and cynicism is extremely thin, the echo of the diplomatic crisis smashed against the walls of Wall Street: among traders and investment bankers, many of whom have studied at West Point or served in the Marines and the US intelligence before joining the financial industry, the new debate against America is not only considered “useless” (there is no government in the world that is not trying to spy on its neighbours), but as the umpteenth negation of the real European problems.

“What are they afraid of in Germany?” a trader at a global brokerage firm asked yesterday. “Are they worried that, after listening to [German Chancellor, Angela] Merkel on the phone about the prospects of the euro, the US Treasury will order us to immediately sell our government bonds?”

This is just a joke, of course. But behind the cynicism there is an objective reality which — from our point of view — would deserve the same concern prompted by the US spying case. Among the big portfolio managers in the US finance, among the speculators but also the economists and Wall Street analysts, there is a growing belief that Europe is again losing direction, that the eurozone is lacking its former drive towards a political union and the wind of the structural reforms, which allowed peripheral countries to start an economic and institutional modernisation, is blowing out for lack of interest.

The equation is well-known: where governance problems exist, the earning potential is always higher. But the problem is that those who pay the bill are always the weaker ones. In this situation, one of the big issues is that this game, played at the expense of governments and savers in Europe, does not have a jury to set the rules as well as a referee to enforce them.

Survival of the fittest

The European market, contrarily to the US market, today looks like a no-man’s land where only the rule of the survival of the fittest applies. Let’s take the Tobin Tax: only 11 countries in the eurozone, including Italy, have decided to approve a tax on financial transactions, opening a new competitive gap in a financial market which, on paper, operates as a single market.

But we could also mention the euro. On one hand the US financial industry believes that the euro currency risks derailing again by the next summer, on the other, the operation coordinated by the US Federal Reserve and the US Treasury to support a weak dollar allows currency traders to speculate, with reasonable expectations of gaining, on a strong euro, which is kept artificially higher by the conditions of the European economy and the analyses depicting Europe in a deep political crisis.

If a system is about to collapse, usually the currency (or debt) falls: in this case the natural order of things is reversed. The trend of the US T-bonds reflects this situation: the more people talked of a US default in the past weeks, the more the US bonds gained strength, as if the risk of insolvency did not concern them.

Be the first to comment on "U.S. spying scandal: The real transatlantic confidence crisis"