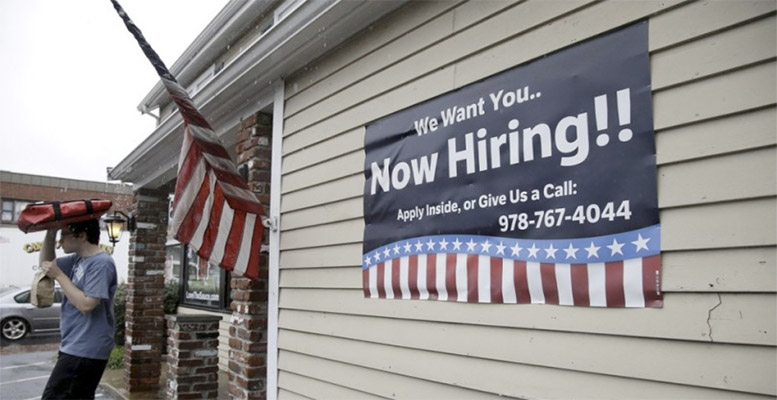 Janwillem Acket (Julius Baer) | After initial jobless claims topped 33 million since 12 March, US labour market statistics for April showed massive job losses. As was to be expected, the usually cyclically robust services were a major source for the massive redundancies, because they particularly suffered from the lockdown measures. However, there are ample reasons to expect that April 2020 could mark a low as fiscal and monetary incentives, next to a relaxation of the lockdowns, are prone to initiate a rehiring wave again. Still, it will take time to re-employ the bulk of those currently unemployed, as a recovery of consumption and investment will need to materialise beforehand. Therefore, the US economy is not likely to reach its end-of-2019 gross domestic product (GDP) levels before the third quarter of 2021.

April 2020 has become a historical month, revealing the most dramatic monthly erosion of US jobs since the Great Depression of the 1930s. US non-farm payrolls, however, dropped less than expected, i.e. by 20.5 million last month, following the widespread suspension of economic activity due to the lockdowns imposed as of late March. The official unemployment rate surged to 14.7, reaching a new post-World-War-Two high, also less than expected, driven in particular by massive job cuts, e.g. from the largely closed-down leisure and hospitality sectors. It comes as no surprise that the brunt of the US jobs erosion is born by the services sectors. Six out of seven of the 22.2 million jobs created from October 2010 until February 2020 were services jobs. The broader measure of unemployment (U6), which includes people who want to work, but have given up searching, and those working part-time because they cannot find full-time employment, surged to a record high of 22.8% from 8.7%. This statistic documents larger underlying unemployment in the US economy than the headline figures currently suggest; this fact is also perceivable in the drop of the labour participation rate to 60.2%, from 62.7% in March.

The most bizarre figures for April concerns wages, showing very strong, positive (!), average growth rates. Overall, the April data could, in hindsight, stand out as an absolute low in job losses, because small-and-medium-sized businesses are receiving fiscal support with loans that could be partially forgiven if used for employee salaries. The Federal Reserve has also provided businesses credit lifelines. In addition, 30 of 50 US states are reopening their lockdowns, allowing businesses to operate again. Therefore, we can expect a wave of re-employment once the economy recovers in the wake of a further loosening of the lockdowns in the second half of 2020. However, consumption, in particular of services, has suffered a severe blow in the current quarter and therefore an overall contraction of US real GDP, by approximately an annualised 30%, is in the cards. However, looking ahead, it is highly likely that consumer behaviour could become rather cautious, given the lasting insecure backdrop. Many companies will cease to exist or are already bankrupt, and others, which survive the Covid-19 crisis, could wait longer before hiring new people. It will take time to get most of the unemployed back to work, and the US economy will not be able to recover to the GDP levels of the end of 2019 until Q3 2021.