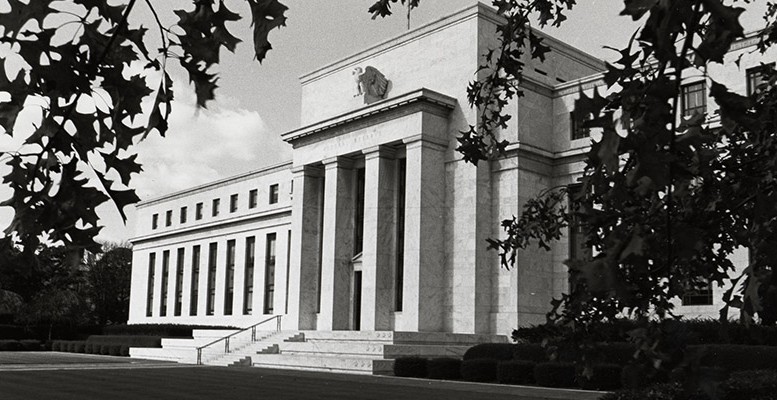 It’s like a curse. Every time a central bank raises interest rates, it has to retract. Sometimes it’s because the move has been precipitative. Is this what has happened with the Fed ? Will there be four rate hikes in 2016?  In the meantime, IMF head Christine Lagarde has warned that the Fed’s exit strategy needs to be gradual or it will be prejudicial for the global economy.

Japan and the Eurozone are cases in point here. But sometimes external circumstances influence actions. Chile, Canada and Australia raised rates, and then they had to cut them again because of the slump in raw material prices.

In theory, this was not going to happen in the US. With an economy growing around its potential at 2.3%, and a labour market close to full employment, circumstances favoured the modest increase in rates in December.

But the minutes from the FOMC meeting, published at the beginning of January, showed that the committee’s members were more cautious than expected. And this was not so much regarding the US economy’s activity but about inflation.

And then three weeks after the Fed made its decision, oil prices and the Chinese stock market tumbled in unison and Wall Street started a correction. So had the Fed been too hasty?

In principle, no. The US central bank measures inflation using the underlying deflator for private consumption, which excludes energy and fresh food. And after posting almost seven years of uninterrupted gains, culminating in record highs, there is room for markets to fall. But the movements in the energy and stock markets in January are a reminder that monetary policy has now entered unexplored territory.

These tools weren’t mathematically perfect before, but at least they provided some idea of how the economy would behave and how monetary policy could be adapted. Now we don’t even have this.

And so the Fed runs the risk of ending up acting in the same way as the ECB or the Bank of Japan, despite its obvious patience. Or that is what some of its critics say. But for others, the danger is exactly the opposite: the Fed could repeat mistakes made in 1998.

At that time, the US central bank lowered interest rates in response to the collapse of the emerging markets – namely, the Asian crisis and Russia’s bankruptcy. But the move was also due to the 60% decline in oil prices over 18 months, the dollar’s 20% appreciation in more or less the same amount of time, underlying inflation which had fallen from 2% to 1% in 12 months and the 4 percentage points spread between investment grade and junk bonds.

This situation is suprisingly like the one currently faced by the world’s largest economy. The price of crude has dropped 70% in two years, the dollar has appreciated almost 20% in the last 18 months, underlying inflation has been at 1.3% for the past year, and the spread between junk and investment grade bonds is 3 percentage points. The big difference is that the emerging economies are not collapsing at present. But they are slowing down. And their importance is much greater today than 18 years ago. The developing world currently accounts for over half of global GDP. This means that although its problems are less – as in the case of China and Brazil – they have a greater impact.

So what can the Fed do? For the time being, wait and see. Its chair, Janet Yellen, was on Bill Clinton’s Economic Advisory Board in 1998 and, oddly enough, was in favour of raising interest rates. She now has a reputation for being “soft” in her handling of monetary policy. “We are living on borrowed time,” she wrote then. And she was right. The Fed stoked a stock market “bubble” during those years which eventually burst in March 2000, when the dotcoms collapsed forever.

But in the 90s, the argument in favour of keeping rates low was that there was a supply shock. A phenomenon which was more or less in line with the reaganomics philosophy of Alan Greenspan, Fed chair at that time.

Now the thesis is the opposite: there is insufficient demand, both in terms of private consumption and investment. And this fits in with Yellen’s Keynesian thinking. In other words: the Fed chair espoused philosophical motives to defend higher rates in 1998, and can now use these motives for keeping rates low.

So when will we have the answer? In a few months. Whatever happens, no-one is predicting that the Fed will raise rates again at least until well into the spring…at the earliest. In the meantime, oil and China will play a major role. But, mind you, nobody is taking the November elections into account as a factor which will impact rate decisions. Democrat Paul Volcker hiked rates in September 1980, crushing Jimmy Carter’s hopes for re-election against Ronald Reagan in the elections that year. The numbers which matter to the US central bank are not normally dates in the calendar.