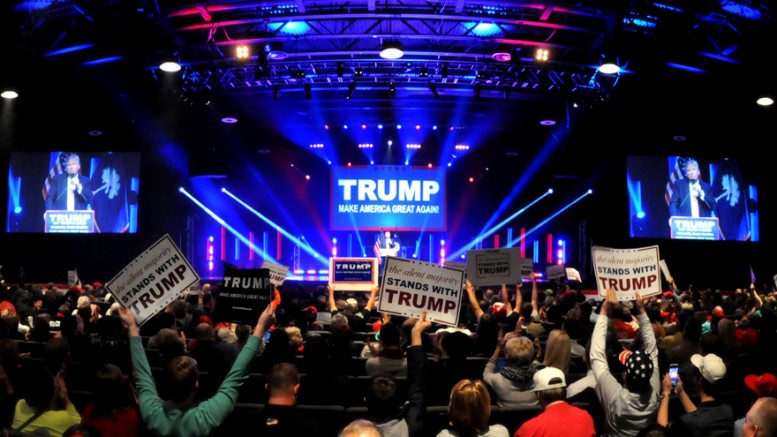 The big hope of political self-starters like Donald Trump are those voters without a university education, once members of the US middle-class, who accounted for 36% of the electorate in the last elections.

Let’s imagine something which at this moment is unlikely: what if Trump loses the Republican Party Primaries without party leaders having to organise a “coup” at the Cleveland Convention in July, when the Presidential candidate is formally elected?

And let’s imagine something which, as of today, would be considered as one of those amazing miracles along the lines of Moses separating the Red Sea: What if John Kasich, Governor of Ohio and the only center Republican, could win the nomination? Or that former New York mayor, broker and businessman Michael Bloomberg, might have had a chance of winning and had not decided against participating in the race for the White House?

Two top academics have answered the question. The optimistic view is represented by Stanford University political scientist Francis Fukuyama. He became famous a quarter of a century ago for his book The End of History and The Last Man. He predicted the worldwide spread of the liberal democracy of the West, although with some local variations.

“The rise in populism is not calling democracy into question,” Fukuyama explains. His theory is simple: Trump represents a third of the voters registered as Republicans, which is less than 25% of the electorate. In other words, only 8% of Americans support Trump’s xenophobia. This is something which is understandable in light of the economic crisis which has affected the whole world since 2007.

“Because Trump in the US, along with Grillo in Italy, UKIP in the UK or Marine Le Pen in France are no more than a reaction to what voters see as a devastating economic crisis caused by the elite groups who govern the countries. The point is that this reaction “is not an alternative to democracy,” Fukuyama says.

For others, this is not so clear. For example, Joseph Stiglitz, Nobel Prize for Economy and a professor at the University of Columbia.

“White men’s average income is less today than it was 50 years ago and their average life expectancy is plumetting. These are people without any future and, as a result, are easily taken in by a demagogue like Donald Trump,” Stiglitz explains.

Stiglitz’s figures would appear to be supported by a study carried out by the think tank Pew Research Centre – an institution proud of its non-partisanism. Published in December, the report reveals that the US is no longer a country of the middle classes, for the first time since 1971, when statistics were first compiled. According to the report, which is based on official data, only 49.9% of Americans could consider themselves “middle class” in 2015. In other words, annual gross income for a family of three was between $42,000 and $ 126,000. Low earners account for 29% and high earners 21.1%.

The US middle class was traditionally made up of white people. And the “extinction” of this social group has left its members feeling betrayed. That’s where political entrepreneurs like Trump can do well. In Stiglitz’s opinion, the financial crisis which started with the collapse of the property sector, and the effects of which we are still experiencing, is the final blow for this group of voters.

If Fukuyama is right, Trumpism will, probably, disappear. But if Stiglitz is correct, his political bet and his idealogy will remain, even if the reality show star loses, or victory is snatched from him. Against a backdrop of a weak recovery marked by wage deflation – even though the labour market is doing spectacularly well at the moment – it seems Trumpism will continue, with or without Trump.