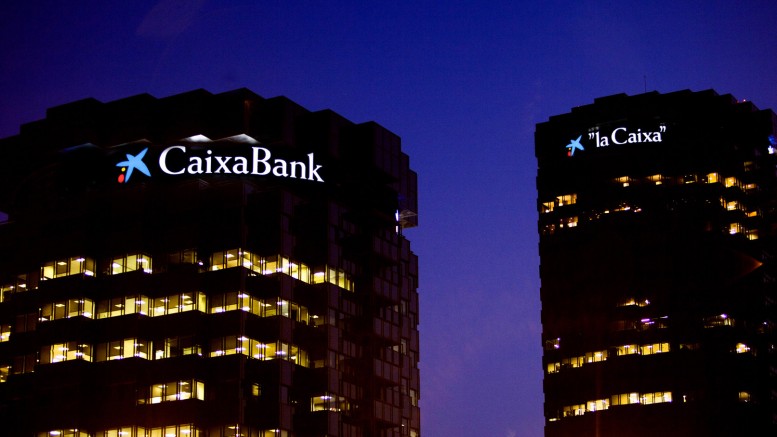 F. Barciela and F.G. Ljubetic | For several years, Spain’s third biggest bank has been trying to gain full control of Portuguese lender BPI, in which it already holds 44.1%. But up until now it has been unable to fulfill its objective. And it seems undeniable that the reason for CaixaBank’s failure is a young Angolan woman. Isabel dos Santos, 43, is the oldest daughter of José Eduardo dos Santos, one of the longest serving presidents in Africa.

The fact is that Isabel, the richest woman in that continent (assets of $ 3.2 billion according to Forbes), has shown CaixaBank chairman Isidre Fainé that she is tough cookie and adversory, despite holding only 20.9% of BPI.

Last year, in a second attempt to take control, Caixabank offered 1.1 billion euros for the 56% of BPI which it does not own. But Isabel dos Santos opposed the bid, arguing that she prefered a merger with bigger Portuguese rival, BCP (Banco Comercial Portugues). This was in part because the price of the Caixabank takeover didn’t reflect the “true value” of the bank.

However, the deal also faces another problem in the shape of BPI’s Angolan subsidiary, Banco de Fomento de Angola (BFA). In 2014, the European Union placed Angola amongst those countries whose debt is riskier than that of its own members, requiring BPI to fully provision for its Angolan assets. Its plan is to spin-off BFA. So Caixabank would buy dos Santos’ 18.6% stake in BPI while Unitel, the Angolan telecoms firm she controls jointly with Sonangol, would buy a controlling stake in BFA. And everyone would be happy.

But when everything pointed to the deal being about to be signed and sealed, it was postponed yet again. Now everyone is holding their breath, trying to guess what Isabel’s next move will be. In the meantime, the conflict, in the words of one analyst, “is sending the shares through the roof.” And this is making it more and more dificult for CaixaBank to go ahead with the takeover.

There is no doubt that apart from being the daughter of Angola’s President, Isabel is a very smart woman. In recent years, the young billionaire has built up a vast portfolio of investments in Portugal, some them in companies with a presence in Spain. Besides her 21% in BPI, she has had a controlling stake in Portuguese oil company Galp Energía, in alliance with Americo Amorim and Sonangol, since 2005. Galp has 1,300 petrol stations in the Iberian Peninsula. She also owns 10% of Zon Multimedia, and last year bought 65% of Efacec Power Solutions, an equipment goods company in the energy industry.

Most of her investments are, obviously, in Angola. She is the virtual owner (largest shareholder with 43%) of BIC, one of the biggest Angolan banks.  Isabel also holds 25% of Unitel, the country’s largest mobile phone network, and a company which she oversees as chairwoman. It is valued at over $5 billion.

No wonder Isabel has become a very controversial figure and an object of constant speculation and strong fascination for the media. The huge gap between her own personal fortune and Angola’s poverty has also made her a magnet for criticism. Very few people can understand how she made her fortune so quickly.

And although she claims time and again that this has nothing to do with her powerful father, everyone in Angola says her capital comes from her father’s access to state oil revenues. For example, Forbes research found that President dos Santos, a communist, transferred stakes in several Angolan companies to Isabel. In fact, when Angola’s government was looking for investors to build a mobile-phone network in the late 1990s, Ms. dos Santos bid about $1 million for the license. And she got it. That was in 1999, seven years after Isabel returned to Angola from overseas. She was 26 years old. The most incredible thing is that Ms. dos Santos, born in the Soviet Union where her father was studying engineering, began her extraordinary business career just some 24 years ago. She usually says that everything started when she used her savings to open a “shack” called Miami Beach, now one of Luanda’s most expensive nightclubs. A humble start.

But her fortune also appears very scandalous, given the fact that  despite Angola’s abundance of oil, it is one of the most unequal countries in Africa. The poverty in Angola is not only pervasive, but it has increased during the 37 years of Jose Eduardo dos Santos’ presidency. Around 65 percent of the 24 million Angolans live on less than $2 a day. Outside the cities, only 34% of the population has running water.