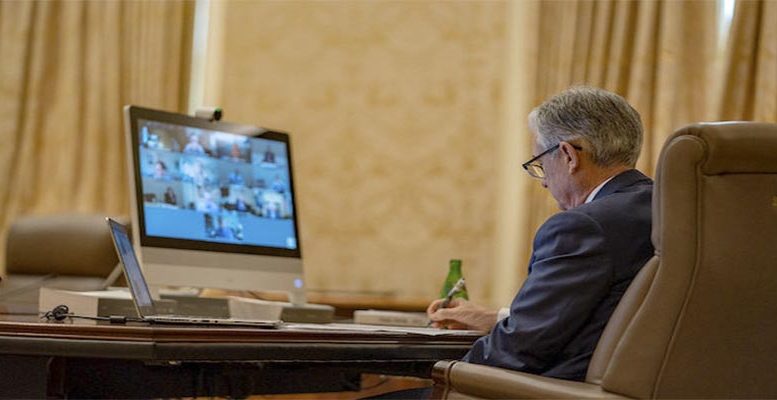 The US economy is in the hands of Jay Powell

Pablo Pardo (Washington)| The United States has confirmed, in its own right and without hesitation, its inclusion in the select club of the banana republics. The catastrophe following the elections, with president Donald Trump refusing to admit electoral defeat and practically the entire Republican Party supporting him, has confirmed the US is almost a developing country but without malaria. In the past, it used to invade the banana republics periodically. And there is nothing to suggest that Trump and his cabinet would not be happy to be able to invade their own country. They tried to do this in June to suppress popular protests in several cities around the country.

With the US in a political situation of underdevelopment, the management of the economy this month, until Trump leaves the White House, passes to the Federal Reserve. This is an organisation which, in principle, is on the outside of political disputes. The US central bank is independent of the government and, in theory, does not see its action limited by who is in the White House. Although, given the persistent weakness of the US institutional system, this is not clear. So the US economy is, once again, in the hands of the Federal Reserve. And especially its president, Jay Powell.

With the political process in the world’s largest economy in ‘banana republic’ mode, the Fed is the only body that, at least in theory, can take care of keeping the situation afloat. In reality, it is as if the IMF takes over the economy of a developing country which is collapsing. The big difference is that the ‘Fed’ is the local IMF.

US economic policy’s dependence on the Federal Reserve is well documented. Obviously monetary policy is quicker than fiscal policy in making its impact felt. But it also has more limited effects. For example, it exacerbates inequalities in the return of labour and capital income in favour of the latter. And its impact is not felt on the street. Since the coronavirus crisis began, the Federal Reserve has tried to lend money directly to SMEs. To date, however, that programme has had little impact on the real economy. The ‘Fed’ is not the branch on the corner. It never has been. And, what’s worse, it doesn’t know how to be. The Democratic Party has already asked the central bank to extend that credit programme until there is a new fiscal stimulus one. The problem is that even if Powell does agree to that request – which seems very likely – the effect on the economy is going to be miniscule.

So the US economy is in the hands of the central bank. With its limitations and advantages, that is the only way to manage the economy of the largest banana republic in the world. At least until Donald Trump becomes a squatter in the White House on January 20.