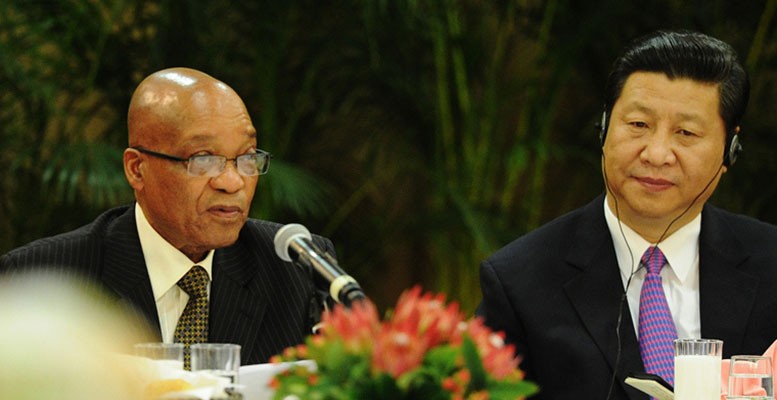 Yishu Zhou | The latest Forum on China-Africa Cooperation (FOCAC), held last December in Johannesburg, South Africa, was monumental for a number of reasons—not least Chinese President Xi Jinping’s unveiling of an unprecedented $60 billion development and investment deal in aid of Africa over the next three years.

Gargantuan Chinese financial packages have by now become par for the course during this triennial meeting of Chinese and African leaders, which is also hallmarked by the rhetoric of “mutual benefit” and “win-win cooperation,” as the Chinese sought to differentiate themselves from the interventionist habits of their Western counterparts.

The size of the loan, which is almost triple of what was pledged during the previous FOCAC in 2012, is imbued with renewed significance. Most notably, it serves as reassurance of China’s enduring support toward Africa, and its long-term ambitions in the continent.

A closer look into the breakdown of the financial package also reveals marked differences. While concessional loans occupied a large proportion of previous pledges, the $60 billion will be channeled into a diversified portfolio comprising grants and commercial financing for infrastructure projects and capacity building.

An old Chinese adage springs to mind: “If you want to get rich, first you have to build roads.” While China is already the foremost infrastructure investor in Africa, it is now promising to provide satellite reception in 10,000 African villages, as well as technical training programs run by telecoms giant Huawei to acclimatize Africa to the digital economy. This is not to mention the all-encompassing “One Belt, One Road” project that would traverse Africa, Central Asia and Southeast Asia in catalyzing new levels of investment and connectivity.

This heavy emphasis on capacity building thus functioned as a strategic move that would impart greater legitimacy into China’s plans for Africa, and divert attention from its tendentious relationship with Africa’s natural resources and accusations of resource extraction and exploitation. Beyond this exercise in formalism, it also signaled the shifting role of Africa in China’s global outlook, and its new methods of economic engagement.

As China attempts to scale up the value chain of its exports industry, and eventually graduate from light industries to innovative manufacturing and industrial upgrading, many of its low-cost manufacturing bases will be relocated to Africa. It is in this way that Africa will become increasingly incorporated into the production and accumulation process, in a move that evidences the de-territorializing nature of capital.

The inclusion of Africa into global value chains has the potential to create employment opportunities, address potential deficiencies in infrastructure, and stimulate its supply-side capacity. A successful example of this is the fledging leather industry in Ethiopia. From a small manufacturing base in Addis Ababa, Chinese shoe company Huajian has created a specialized economic zone that employs over 4,000 locals and exports to Africa, America and Europe. The company also selects university graduates to receive training in China so they can subsequently fill supervisorial roles back home.

However, there are also claims that the relocation of manufacturing hubs from China to Africa also effectively amounts to the relocation of polluting industries away from smog-filled China, which is currently bearing the brunt of severe air degradation. Just as China had previously served as the “World’s Factory,” it is now beginning to offload its excess industry and pollution to Africa, as it attempts to reorient its economy and exports toward a more efficient and innovative model.

It is important to note that China was in a similar position to Africa a mere 30 years ago, when it struggled to catch up with the earlier industrializers in Europe and the United States, which not only evaded the scrutiny of the stringent environmental codes most forcefully enforced by the West today, but also similarly employed a process of outsourcing of less lucrative industries to China. This again reinforces how the increasing fragmentation of the processes of production lends itself to an integrated, yet clearly segmented notion of global capitalism, as the locus of these industries are in a perpetual shift from center to periphery.

This might also allow us to step away from hyper-moralized perceptions of China-Africa activities as singularly pernicious or self-aggrandizing on China’s part. The features of Africa’s cooptation into the global economy cannot be said to bear the characteristics of an idiosyncratic model of “Chinese capitalism” alone, but rather reveal the ethics of a global capitalism at large.

The significance of the 2015 FOCAC, in this context, reveals the renegotiation of the identities of China and Africa on the international arena. As China moves toward the status of a global power, with an obligation toward the duties and responsibilities that accompany it, it has taken increasing ownership in its dealings with Africa—from deploying peacekeeping troops to South Sudan to establishing its first overseas military outpost in Djibouti.

Conversely, as Africa is increasingly incorporated into the paradigm of global capitalism, the often eluded question of African agency will emerge at the fore as African actors navigate a path toward development that would best suit them.