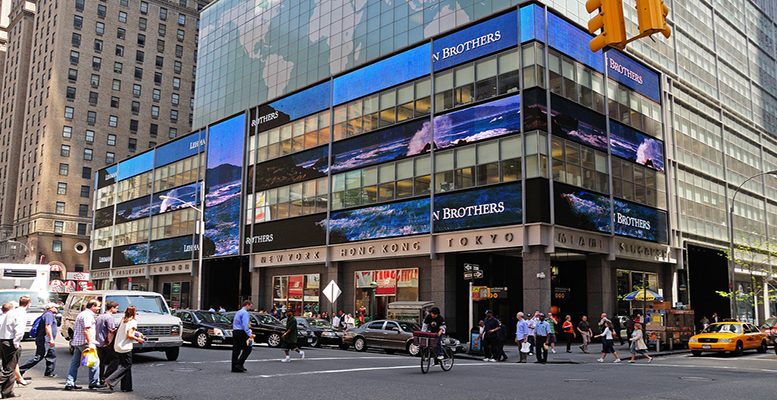 On the tenth anniversary of the fall of Lehman Brothers, multiple analyses and opinions can be read on the origins of the crisis. Two have caught my attention: that of Ben Bernanke, who headed the team which avoided the crisis turning into a new 1929, and the opposing view of Paul Krugman. I am decidedly on the side of Bernanke, who argues that it was a financial crisis ignited by panic. Krugman says that he does not see the connection, and believes that it was a crisis provoked by the collapse of the housing market.

Bernanke says: “Although the deterioration in household balance sheets and associated indebtness probably contributed to the initial economic deceleration and the slowness of the recovery, I consider that the unusual severtiy of the Great Recession was principally due to panic in the financing and securitisation markets, which interrupted the flow of credit”. Meanwhile, Krugman comments: “My problem with the work of Bernanke, on first reading, is that I do not see well how that coherence can work. Specifically, I have problems in seeing the “transmission mechansim”, that is to say, the way in which it is supposed that the financial shock has affected real costs to the degree required to justify a first report on the finance of the depression”.

It seems extraordinary to me at this point that anyone doubts the “transmission mechanism” from credit to the real economy. There is no real economy without credit. In the case of the crisis, those who were granting credit realised that the means that they had invented to expand mortgage credit to any passerby, however poor they were, were failing. The fall in housing prices meant that suddenly there was no collateral, especially when panic took hold and prices fell like stones, which made the bank shares fall like stones too, and then other shares. Because suddenly, as Keynes warned, liquidity had again become the number one priority, and everyone, banks, families and companies sold what they had in assets, in other words shares which could be solvent but which were not liquidity. Thus banks began to reclaim credits, sold the Asset Based Securities (ABS – the famous devices of sub prime) they had bought, or tried to, and families simply abandoned their mortgaged houses assuming that they were no longer theirs but the banks. This didn’t help as the price no longer covered the mortgage. All these assets were financed with debts which stopped being paid, which increased the panic and the loss of confidence. What Bernanke and Paulson (Treasury Secretary) did was first sabe the Banks, capitalising them, opening windows to liquidity, and lowering interest rates. Then, when they aw that the crisis had left the economy in shreds, they began the famous QE (Quantitative Easing), in other words the purchase of assets to further increase the liquidity to banks which they could lend.

I can say without fear of error, that if Europe had done the same then, and not in 2013, the crisis would have lasted less.

I do not know exactly what Krugman means by the non-connection between finance and the real economy, Wall Street and Main Street. To me the connection is clear: they are expectations, the expectations are what makes finance necessary. The future is uncertain, and the division of labour means that some specialise in lending money and others in investing these loans over the long term. There is no economy without expectations.