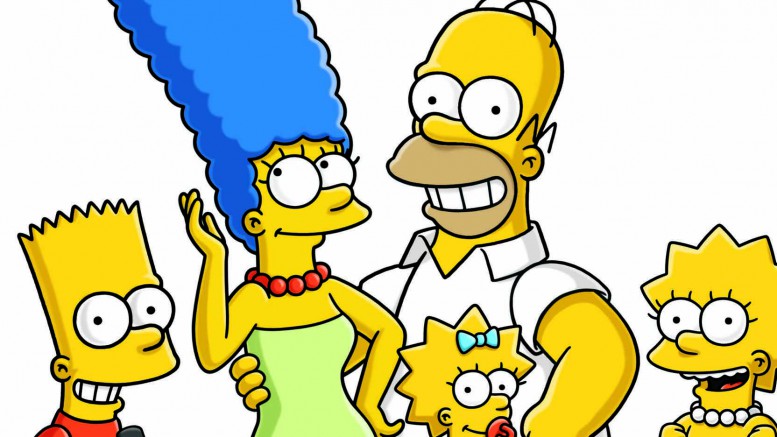 Nearly a decade later, The Simpsons are back on what the show’s producer calls its “first official China-based home” via a multi-year licensing deal unveiled Monday, according to The Hollywood Reporter.

The online video streaming service Sohu Video will present the Fox series to Chinese audiences, with episodes subtitled in Mandarin.

The announcement was made by Charles Zhang, chairman and CEO of Sohu.com.

“Sohu viewers across China will now be able to enjoy The Simpsons’ irreverent outlook with the rest of the world,” said Zhang, also noting that the deal marks the first time in the series’ 25-year history that the show is “officially available throughout China.”

The Simpsons, an animated sitcom created by Matt Groening, is a satirical depiction of a middle class American lifestyle epitomized by the Simpson family, which consists of Homer, Marge, Bart, Lisa and Maggie.

If for some reason you’ve never seen the show before, The Simpsons is widely regarded as one of the greatest television programs of all time. It’s funny and entertaining, weird and witty, and fearless when it comes to broaching taboo topics and ridiculing famous figures.

The longest-running series in TV history, The Simpsons debuted in 1989 and has been licensed to over 180 countries, reaching over 190 million weekly viewers. The show’s popularity has made it a billion-dollar merchandising juggernaut.

In China, local broadcasters have long been airing unlicensed, dubbed versions of the show, with The Simpsons even having a run on prime time until regulators banned it and other foreign cartoons like SpongeBob SquarePants and Mickey Mouse in 2006, ostensibly to make room for domestic animation between the hours of 5 and 8 p.m.

Official status notwithstanding, state-owned media for reasons only known to them have consistently reported on things “Simpson” over the years.

In 2005, China Daily ran a feature story on the company that does the show’s animation, and celebrated the show’s 20th season in 2008.

Xinhua marked 25 years of The Simpsons earlier this year, and in 2007 infamously ran an X-ray rendering of Homer Simpson’s brain with a serious report about new research in the causes of the debilitating disease multiple sclerosis. (This major gaffe underscored state-run media’s penchant for using images without permission.)

Even Global Times has gotten into the act, running stories on a pay deal with the show’s voice actors in 2011, Julian Assange joining the cast for the milestone 500th episode in 2012, and the passing of actress Marcia Wallace, voice of one of The Simpsons’ supporting characters in 2013

While I’m sure the show appreciates the support, it’s probably just coincidental that The Simpsons has many used China backdrops over the years—most notably with Bart skateboarding along the Great Wall of China, the family walking in front of the Forbidden City and a cameo of the CCTV headquarters building. The show has also given equal time to giant pandas and factory sweatshops.

One of my all-time favorite episodes (banned by the PRC in 2005 for its politically incorrect portrayal of China) features the Simpson family visiting Beijing to help peripheral character Selma Bouvier adopt a Chinese orphan. Without spoiling it for you, let’s just say the episode touches on some sensitive subjects all in good fun: Tiananmen Square, Tank Man, Chinese spies and Chengguan ruffians. Homer also visits Mao’s Tomb and, yes, probably “hurts the feelings” of the Chinese people.

China slapped bans in June on rather innocuous shows like NCIS, The Big Bang Theory and The Good Wife. Curiously, far more contentious programs like Breaking Bad and House of Cards continue to be broadcast online. D’oh.

Be the first to comment on "Woohoo! The Simpsons are officially heading to China"