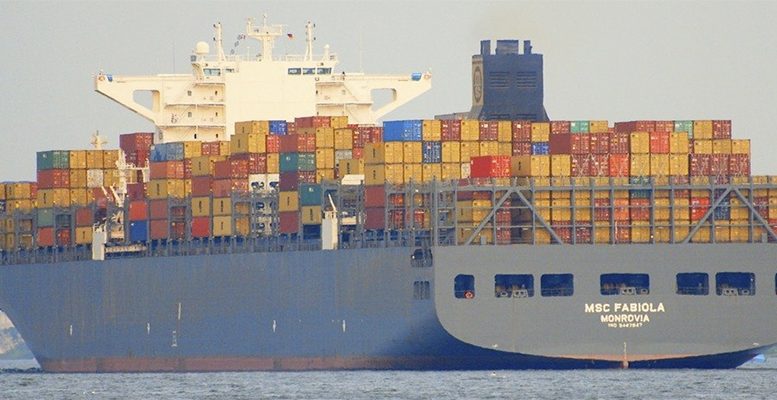 Shigoli Shitero | In March, African leaders descended upon Kigali, Rwanda, the Land of a Thousand Hills’ capital, to ink an agreement that is meant to smoothen the rough terrain of intra-African trade. Nearly 50 years after independence movements swept across Africa, the continent is still struggling to find its footing. The challenges are exacerbated by both the internal makeup of the countries and a shifting geopolitical environment. In 2014, African heads of state saw a rare invite to Washington by the Obama administration to discuss trade, investment and security. This was seen as a counterbalance to the growing Chinese influence on the continent; by 2014 China-Africa trade totaled $200 billion, up from approximately $100 billion during the 2008 financial crisis.

With the chaotic and confusing nature of the geopolitical challenges and the continued courting of African countries by both Beijing, through the new and ambition Belt and Road Initiative, and by the Washington security gospel, Africa finds itself in a position where it has to define its fortunes. By 2010, trade between African countries was only 11%, compared to 50% within Asia, 21% in Latin America and Caribbean, with Europe leading at 70% of internal trade. The picture is not of a continent that less than 130 years ago had no artificial boundaries and where its people traded and migrated freely.

The African Union has embarked on an initiative that is ambitious but also necessary. The Africa Continental Free Trade Agreement (AfCFTA), signed in Kigali last month by 44 of the 54 African countries, is the first step in the journey of a thousand miles.

As a matter of note, the two largest African economies, Nigeria and South Africa, did not participate in this historic event. This signals the internal challenges that, despite initiatives to deepen integration and remove trade barriers, have been the hallmark of the problems facing regional economic communities. First, on average, each African country belongs to at least two trading blocs, a phenomenon that has created confusion and challenges in implementing regional objectives. One example is Tanzania’s membership in both the Southern African Development Community (SADC) and East African Community (EAC). When implementing external tariffs for the EAC, Tanzania can trade within the SADC, where it enjoys free trade status, leading to trade diversion from EAC countries.

Secondly, demographic composition and national stereotypes that lead to non-tariff barriers must be addressed with honesty. There has been ongoing trade wars between Kenya and Tanzania despite the EAC integration process allowing free movement of goods and people across the border. South Africa has been on the news when xenophobic hostility toward fellow African immigrants erupted in riots. Despite the AfCFTA, the leadership must be exasperated by the challenges that it faces, meaning it needs to work toward smoothing the relations and avoiding internal conflicts for the greater good.

A classical pillar of trade theory is geographical proximity and comparative advantage. Africa’s huge landmass is logistical nightmare. For the free trade agreement to be successful, the colonial angst of constructing transport infrastructure that is outward looking must be replaced by infrastructure that connects the interior populations rather than acts as a link to ports for external trade. Recently, there has been a transport infrastructure boom in East Africa that has been fueled by the need for accessibility to sea ports for extraction and export of oil and gas.

Construction of ports and high-speed railways has been inspired by the economy of extraction — the hallmark of colonialism. As a result, most of Africa’s goods are raw materials. The comparative advantage question is one that is harder to answer given that similar goods are produced in many countries across the on the continent. According to the World Bank, sub-Saharan Africa exports in 2016 consisted of approximately 34% of raw materials. This ranges from natural resource to food commodities, which fuels the growing trade imbalance with the outside world.

For intra-Africa trade to grow, there must be a shift toward creating of indigenous industries that can provide a competitive edge in trade with the outside world. On the global scale, some African countries have commitments to other countries’ trade objectives. Case in point is China’s Belt and Road Initiative. Since its inception five years ago, the ambitious Chinese foreign policy has recruited some African states like Kenya and Ethiopia, whose strategic geographical position is significant to Beijing’s objectives. This will definitely be a challenge that these countries will have to deal with going forward, since the interests of the AfCFTA must supersede their national interests tied to the global trade initiatives. If not checked, the conflict of interest will be a hindrance in achieving the intra-trade objectives.

The African continent must be the author of its own fortune rather than misfortune. This is a painful medicine that it must take, but one that will set it on a path of prosperity both as a powerhouse and an integral part at the geopolitical negotiating table. The signing the AfCFTA is a show of good faith, but the task lies in the implementation process. Member countries need to be ready to face the challenges both internal and external to bring the agreement to life.