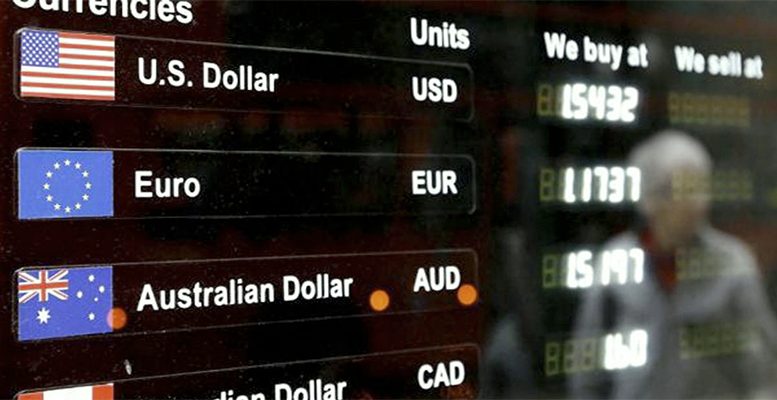 Three months ago Joachim Fels, PIMCO Global Strategic Advisor suggested that the U.S. administration had gained the upper hand in the cold currency war it had been waging ever since it took office in early 2017, and that its opponents in Europe and Asia would largely acquiesce because President Trump carried the bigger stick – the threat of protectionism.  However, recent developments suggest that it was premature to declare a U.S. victory. Why? As explained by Joachim Fels, “the empire of non-U.S. central banks has started to strike back.” If continued, this could lead to a counter-rally of the U.S. dollar in the remainder of this year.

Here are some examples that Pimco’s strategist gives of recent central bank rhetoric and action relevant for exchange rates: Bank of Japan Governor Kuroda in a recent CNBC interview indicated that the Bank of Japan could reach its inflation target and start to reduce monetary stimulus sometime in the next five years (!).  Over in Frankfurt, ECB President Draghi also adopted a more dovish stance in last Thursday’s press conference, hinting at global downside risks to growth from protectionism.  In the U.K., Bank of England Governor Carney in a recent interview poured cold water on market expectations for a May rate hike.  And in China, the central bank recently eased banks’ reserve requirements, a step that took markets by surprise.

So why have central bankers outside of the U.S. re-entered the cold currency war – “cold” meaning a battle that is fought by words and covert action rather than outright currency intervention? As Fels sees it there are three reasons:

– First, the Trump administration appears to be determined to impose both the tariffs on steel and aluminum in May and the section 301 tariffs on a broad range of Chinese imports at a later stage. Thus, what was a threat of U.S. protectionism will soon become reality. Clearly, this changes the game theory rationale on the receiving end in Europe and Asia.

If a strategy of acquiescing to threat of protectionism by not pushing against currency appreciation versus the U.S. dollar was unsuccessful, what is the rational policy response to the imposition of tariffs? It would be to weaken your exchange rate by pushing out rate hike expectations to cushion some of the blow from higher tariffs on your exports. This is what we are observing now in both words and action.

– Second, domestic politics in Japan and Europe has become more challenging in recent months, which is likely to make the ECB and the BoJ even more cautious in removing accommodation. In Japan, political scandals have weakened support for the Abe government in the polls. Investors fear that a potential change in government might challenge Abenomics, which relied on a mix of structural reforms and very low interest rates facilitated by the Bank of Japan. These fears, which have contributed to a stronger yen, are what Governor Kuroda appears to be pushing back against in recent commentary.

In Europe, hopes for significant progress on the road to banking and fiscal union driven by a French-German Macron-Merkel coalition have also dimmed recently. President Macron is now engaged in a domestic conflict with the trade unions on his reform plans. Meanwhile , Chancellor Merkel is facing major opposition within her own party to big further steps on fiscal and banking union. Joachim Fels summarizes:

The less progress Europe makes on fiscal and a banking union, the more pressure the ECB will face to keep things going.

– Third but not least, cyclical growth prospects in Europe and much of Asia have started to dim, partly due to past currency appreciation and likely U.S. trade policy action, and partly due to the recent run-up in energy prices. Europe, Japan and China are now facing a deterioration in cyclical growth at a time when fiscal stimulus is arriving in the U.S. economy. Following a period of globally synchronized growth, cyclical divergence is back as driver of currency trends.

All said, contrary to what I thought three months ago, the cold currency isn’t over yet. What looked like a victory for the U.S. is now being challenged by major non-U.S. central banks. With the Fed seemingly determined to keep raising interest rates in response to fiscal stimulus while other central banks are turning more dovish, a stronger dollar may now be in the making. And if so, the U.S. administration is likely to strike back at some stage.

In short, the cold currency war is here to stay.