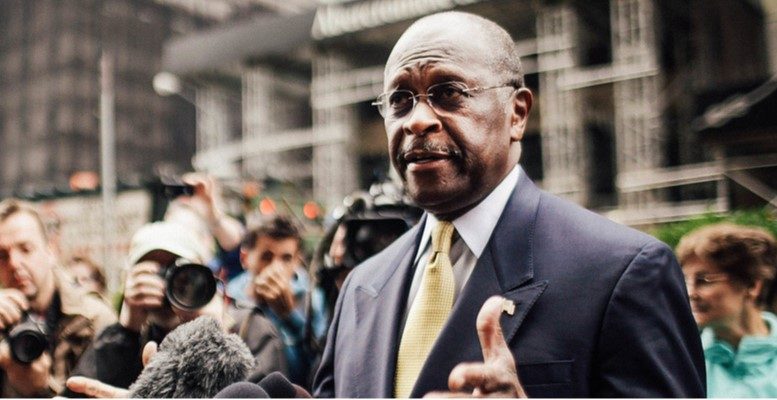 Donald Trump could nominate Herman Cain, an excentric businessman who has accumulated various scandals and a questionable economic baggage, as a board member of the Federal Reserve. Cain is famous for having directed the El Padrino pizza chain and also for having been a senior executive at Burger King. In 2011, Cain led the polls for several weeks, until a series of ex-matrimonial affairs showed that his religiosity was from the waist up only.

But Cain had also been chairman of the Federal Reserve of Kansas City, one of the regional banks of the US central bank. The Kansas City Fed is known fundamentally for organising the Jackson Hole conference every August, and little else. It is a central bank that covers an enormous geographic area, but of little economic significance.

Although the decision has not been taken, everything suggests that the US President is taking the possibility of proposing Cain for Senate ratification very seriously. Only a few months ago this legislative body would have approved the nomination of the candidate, thanks to the Republican majority. Now matters are not so clear.

In recent weeks there has been a break down in relations between Trump and Senate speaker Mitch McConnell, due to the president´s decisions to withdraw from Syria and carry out a redeployment in Afghanistan and, above all, the partial shutdown of the federal government in January. Moreover, after in November the Democrats in secured the largest electoral victory achieved by either party since 1974 (and that was after Watergate, which invalidates any comparison), Senate Republicans have a House controlled by the opposition which is making clear to public opinion the docility of the senators when dealing with Trump. So they have to maintain a distance. To this must be added the fact that many Trump voters are furious with the President and McConnell because, at the beginning of the US tax season, they have realised that last year´s tax reforms cut corporation tax and tax on capital income, but raised them on the middle class.

What the Senate can do, and will continue doing, is confirm the federal judges and other senior officials Trump presents.

So could we see Cain in the Fed? Of course. If Trump presents him, he could be an acceptable candidate for the Republicans, despite his fiscal theories reflected in his 2011 proposal to establish a single rate of 9% for income, corporation and sales tax (which should not be confused with VAT given that it only taxes the final consumption). It is what he called the 9-9-9, a formula that was not only extremely regressive, but, had it been put into practice, would have opened a fiscal hole in the US of incalculable dimensions because it would have radically reduced tax returns.

And in addition Cain shows the features of the Trump era: sexual and business scandals. Because between 1992 and 2008 was on the board of an electricity company that ended up like Enron: Aquila.

The story of Aquila very much recalls that of Enron. Consequence of the liberalisation of the electricity market, the company, like Enron, it neglected the production and distribution of electricity and entered the futures market. Like Enron, Aquila bought and sold from and to itself through intermediary companies, while urging its employees to invest their pension plans in its own shares. And it also ended like Enron.

In 2002, Aquila was the 30th largest company in the US. In 2007, the 891st. That year, Aquila had to indemnify its employees 10.5 million dollars (7.7 million euros) in exchange for them dropping legal action against it. This was a poor compensation, given that some workers had lost 94% of their pensions in the crash of the company. A crash which did not affect the executives: in 2002, when Aquila’s shares were at their height, Herman Cain was one of the majority of board members in favour of the five principal executives of the company being paid 22 million euros in stock options.

With these credentials, Herman Cain, the man from El Padrino Pizzas, has a guaranteed place in the Federal Reserve of Donald Trump.