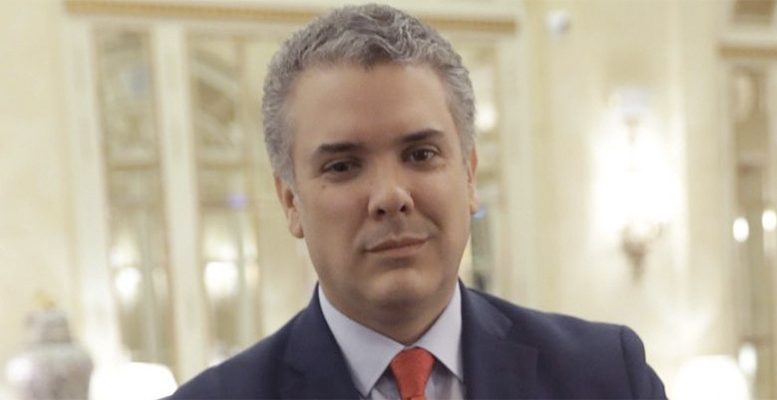 Glenn Ojeda Vega and German Peinado Delgado | This has been a critical year for Colombian politics. In March, a new congress was elected and, three months later, Iván Duque won the presidency when he defeated the former mayor of Bogotá, Gustavo Petro. The new congress was sworn in on July 20, and the new president is expected to do the same on August 7.

Nonetheless, the new head of state has already made some key ministerial and cabinet announcements. The first major appointment is that of Alberto Carrasquilla as minister of finance, position that he held previously between 2003 and 2007, during the presidency of Alvaro Uribe. Carrasquilla has also been named head of the transition team, which has been particularly well received by figures such as Juan Jose Echeverria, governor of Colombia’s Central Bank; Santiago Castro Gomez, president of the Banker’s Association; and Julian Dominguez, president of the Chambers of Commerce Association. The fact that Carrasquilla is leading the handover from current President Juan Manuel Santos signals that the incoming administration wants to reassure markets and investors about Colombia’s pro-growth and business friendly agenda.

During the coming weeks, the rest of the new cabinet, as well as key ambassadors, are expected to be announced. Nevertheless, being an establishment figure, Duque is expected to continue naming individuals with experience working with the former Santos, Uribe and Pastrana governments.

On the legislative front, the Duque administration will count with a majority coalition in congress led by his party, the Democratic Center (founded in 2013 by Alvaro Uribe). This governing coalition is made up of most of the traditional and center-right parties in the country. Furthermore, President-elect Duque has the political support of former Presidents Uribe, Andres Pastrana and Cesar Gaviria. However, the opposition also counts a significant and organized representation with key national figures, such as Gustavo Petro, Antanas Mockus, Jorge Robledo and Aída Avella. During its first year, Duque’s administration will have to tackle key domestic issues such as justice, tax and pension reforms as well as the implementation of the Havana peace agreement with the FARC (Revolutionary Armed Forces of Colombia).

In terms of foreign policy, President-elect Duque has had a very clear agenda. His first foreign trips were to the United States and Spain, where he met with leaders in both the business and public sectors. During Duque’s recent visit to Washington, he met with Vice-President Mike Pence; Secretary of State Mike Pompeo; Jim Carroll, head of the Office of National Drug Control Policy; National Security Adviser John Bolton; Gina Haspel, director of the CIA; and Senator Marco Rubio. Similarly, during a recent visit to Miami, he met with Florida’s other senator, Bill Nelson, as well as the state governor, Rick Scott. The most pressing bilateral issues between the two countries include combatting illegal trafficking, eradicating illicit crops throughout Colombia, dealing with the ongoing crisis in Venezuela, advancing hemispheric security and fostering economic ties.

On the multilateral front, Duque met with the secretary general of the Organization of American States (OAS), Luis Almagro, as well as the director of the International Monetary Fund (IMF), Christine Lagarde. During this time, Duque also announced his intention of withdrawing Colombia from the Union of South American Nations, given the organization’s failure to condemn abuses of power in countries like Venezuela. These gestures by the president-elect set a clear tone for a foreign policy that is committed to the democratic and liberal order advanced by the inter-American system promoted by the OAS. Simultaneously, Duque has also participated in multiple academic and business forums, meeting with personalities such as Barack Obama, writer Mario Vargas Llosa and businessman Florentino Pérez.

During his visit to Spain, Duque met with the King Felipe VI; former Prime Minister Jose Maria Aznar; the current prime minister, Pedro Sánchez; and Madrid’s mayor, Manuela Carmena. These meeting afforded the incoming president the opportunity to convey his intent to reinforce commercial and diplomatic relations between both countries. During these visits, Duque has been accompanied by lawyer Carlos Holmes Trujillo, who has been appointed foreign secretary. Holmes Trujillo has a respected political career, having served as a diplomat since the 1990s and standing as the vice-presidential candidate for the Democratic Center party in 2014.

It is clear that president-elect Duque’s foreign policy will center on reinforcing ties with Colombia’s traditional allies and securing international support for the administration’s agenda.