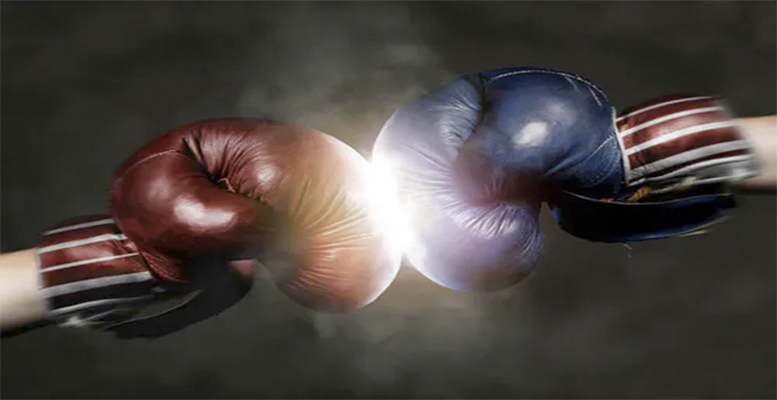 Political polarisation is here to stay

Javier García Arenas (Caixabank Research) | The degree of political polarisation in a society is a key variable that quantifies the extent to which public opinion is split into two opposing extremes. This is a very important variable to take into account: the greater the polarisation, the more difficult it is to generate a broad consensus among groups with different views in order to undertake reforms that allow society to achieve progress. As such, a high degree of polarisation can lead to irreconcilable positions, making it difficult to reach agreements.

When we read the press, it is easy to get the feeling that polarisation has increased considerably in recent years. Is this really the case? To find answers, it is worth delving deeper and differentiating between polarisation among voters and among political parties, as they do not necessarily go hand in hand.

Let us start by analysing polarisation in society. In the US, a highly contentious debate has arisen in academic circles over whether there has really been an increase in polarisation among the electorate. At first glance, one might think not: according to several studies, the distribution of society’s preferences on various topics (economic, social and moral) has remained very stable over the past 20 years and no significant radicalisation is noted in the positions.

However, if we dig a little deeper, as the Stanford economist Matthew Gentzkow has done, we can see that polarisation has in fact increased. The reason for this is that the correlation between voters’ preferences and those of the political party they identify with has increased significantly over the past 20 years. Two examples are particularly illustrative. Firstly, 20 years ago it used to be relatively common to find Republican voters in favour of immigration or Democrat voters against it. Secondly, it was much more common for people to have conservative views on some issues (such as economic issues) and liberal views on others (say, social issues). In contrast, nowadays American voters have embraced the ideology of the party with which they sympathise in all aspects. Theconsequence of this trend has been a widening of the gap between the preferences of voters of the two main parties (see first chart) and greater antipathy towards the other side: in 1960, the percentage of voters of each party that would be displeased if their child married a person of the other party was insignificant, yet it has risen to 20% oday. In other words, the polarisation of the electorate has increased quite clearly.

To analyse the polarisation of society in Europe, we use the European Social Survey (ESS), one of the most comprehensive surveys for analysing the political inclinations of European citizens. If we analyse how the distribution of Europeans’ political preferences have changed between 2006 and 2016 along a spectrum ranging from 0 (far left) to 10 (far right), we observe significant stability: preferences for more extreme options have increased ever so slightly, but thechanges are minor (see second chart). However, it would be a mistake to draw hasty conclusions if we consider that polarisation can manifest itself in specific topics, even if it does not do so in the traditional ideological spectrum of a world that may no longer respond to the classical left-right cleavage.

In order to determine the degree of political polarisation, we construct a disagreement index that measures the degree of disagreement in society on specific economic and social issues. The results, presented in the third chart, leave no room for doubt: society currently presents a significantly higher degree of disagreement than in 2004 on topics as varied as immigration, multiculturalism, European integration, trust in parliament and satisfaction with the government. The only variable where we obtain greater consensus is on the need for public policies to reduce inequality, a finding that should not come as a surprise considering the scars left by the 2008 financial crisis.

This greater degree of disagreement over fundamental issues can be partly explained by the fact that positions on some issues have become aligned with the ideology – an explanation similar to what has happened in the United States. As an example, on the issue of migration, we note that there is currently a significant positive correlation between conservative ideological positions and rejecting immigration, something not seen in 2004.

In fact, the ESS conveys other interesting examples of how polarisation in society has increased. For example, in 2014, the percentage of Europeans who advocated tougher conditions for receiving refugees stood at 29%, but in 2016, in the midst of the wave of refugees, this percentage rose to 39%. Another example: in 2016, 18% of Europeans had boycotted products in the last yea, compared to 12% in 2010.

Society itself also has a perception of growing polarisation. This is reflected in a global survey conducted in 2018 by the market research company IPSOS, in which 59% of respondents felt that their country was more divided than 10 years ago. This percentage was notably higher in certain countries such as Spain (77%), Italy (73%) and the US (67%). In addition, as can be seen in the fourth chart, the main factor to which the greater division was attributed was precisely the tensions between people belonging to different political ideologies.

Before ending this article, it is worth starting to characterise the increase in political polarisation that we have identified in society. We can already identify two geographic patterns that are highly symptomatic and which, due to their structural nature, make us believe that political polarisation is here to stay.On the one hand, it has been documented that, in the US, voters currently live surrounded by people with the same political affinity, resulting in more homogeneous groups: in 1976, less than 25% of American citizens lived in districts in which there were overwhelming victories for one of the candidates («landslides»), while in 2004 the percentage already stood at almost 50%. On the other hand, there is growing evidence of the existence of a gap in electoral behaviour and preferences and values between people living in rural areas and those in urban areas, both in the US and in Europe. In the US, for instance, people living in rural areas believe that 73% of the people living in these areas share the same values as them, but that only 41% of urban residents share them. In Europe, there are several studies that document clearly differing voting patterns in the countryside and in the city, with a particularly powerful example occurring in the geographical distribution of the British vote in the 2016 Brexit referendum.

In short, politics is in vogue, and if there is one phenomenon that stands out today it is the high degree of political polarisation we are witnessing. This is a phenomenon that has been slowly incubating, and which is now an established reality that shows no sign of fading in the short term. Greater polarisation can increase citizens’ interest in and commitment to politics, but it can also make it difficult to achieve the consensus needed to carry out structural reforms. It is for this reason that this phenomenon represents one of the cornerstones of the current political ecosystem.