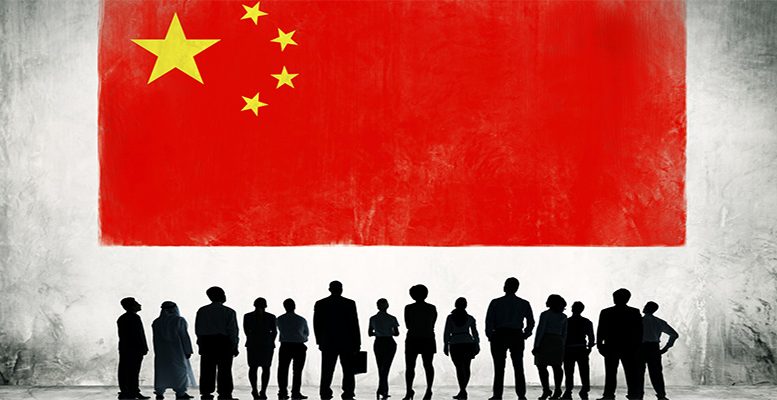 Caixin | The flu has been hitting cities hard in China recently, leaving many bigger hospitals’ fever departments and pediatrics departments congested with patients.

To many people’s surprise, when trying to figure out why smaller hospitals and community clinics are barely visited by these flu patients, they found it was mainly because of a rule set 15 years ago that has remained in place despite the changes of time — a typical symptom of bureaucracy.

In early 2003, when severe acute respiratory syndrome (SARS) struck China and took hundreds of lives, authorities set a rule that patients who had a body temperature at a certain level should not be accepted by smaller medical outlets and should instead be taken to major hospitals. The rule was designed to contain the spread of the epidemic.

The practice has been carried out year after year without being questioned since, even though an epidemic as severe as SARS has not revisited the country.

President Xi Jinping, commenting recently on a Xinhua News Agency opinion story titled “Beware of New Forms of Formalism, Bureaucracy,” said formalism and bureaucracy are “enemies of the people.” Local governments have since brought on a new wave of campaigns to fight bureaucracy, or at least have claimed to.

It’s true that formalism and bureaucracy are tremendously harmful as they lower the efficiency of economic and social operations and twist the public’s value system. Left unchecked, the two will hinder the advance of reforms, and the central government’s plan to upgrade the economy will become tied up — not to mention authorities’ recent plan to fight three major battles: in poverty relief, pollution and the prevention of major crises.

Traditionally, bureaucracy is seen as the working style of government officials who are not down to earth, are slow-paced and insist on red tape. In recent years, the bureaucratic behavior has changed. It may not be the old way, in which citizens found it difficult to get help from the government agencies — some people even having to pay bribes to get things done. The latest acts of bureaucracy are often reflected in ostensible claims of determination to support key policies of the central government but doing little to carry them out, according to the Central Commission for Discipline Inspection. The bureaucrats also focus more on packaging and dressing up reports than the actual effects, the top disciplinary watchdog said.

It is expected that some local government officials may still try to fight bureaucracy with bureaucracy. For instance, when inspectors come, the officials will list how many meetings they have held, how many documents they have released and how many reports they have written to the cause. But the actual effect? They know it is just some formality.

The latest campaign to fight bureaucracy should focus on this new variant. The effect should be judged by the progress of reform and development, especially how many breakthroughs have been made in state-owned enterprises, tax reform, land and social security. The most authoritative judge of the performance should be entrepreneurs and the citizens.

As an entity that reflects conservatism, bureaucracy is a bad fit with the new situation of reform and opening-up. China has been at a vital stage of development transition. In a country that has been trying hard to catch up with developed countries, the governments have been deeply involved in running every part of the economy and society. If bureaucracy were to become even more rampant, it would be like throwing sand into the running machinery of society.

In some places where bureaucracy has a strong presence, there is no room for the market to play a decisive role in allocating resources. This strangles entrepreneurship and makes it difficult to protect the property rights of businesspeople. Even though the central government has repeatedly emphasized the importance of protecting the market and the entrepreneurs, the reality is still severe.

Recently, one entrepreneur, Mao Zhenhua, complained in a viral video about local authorities abusing their power and interfering in his ski resort business in Heilongjiang province. The provincial government did well by quickly responding to the complaint and punishing local officials. But Mao’s case is not isolated. More entrepreneurs have been bullied by local authorities and dare not speak up. Even when some do, they do not necessary change the situation, as bureaucracy is deeply rooted in many government agencies, and it is even mutating.

Bureaucracy also impedes China’s efforts to develop its new economy. When many countries are competing in the areas of big data, artificial intelligence, blockchain, autonomous driving and other technologies, bureaucracy can be an obstacle in a country’s attempt to upgrade its industries.

The Communist Party of China has been fighting bureaucracy for a long time. Numerous lessons have indicated that the best solution to tackle bureaucracy is the improvement of democracy and rule of law. It is not just a matter of changing the officials’ working style; it is more about power supervision. Officials often say their power is bestowed by the people. But in day-to-day work, they often ignore everyone except their bosses because ordinary citizens have little way to affect the officials’ assignments, performance assessments and promotions.

To reduce bureaucracy, a “negative list” system should also be strengthened, so as to clarify various government departments’ power and obligations. The governments should also reshape their roles, following laws and regulations and always ready to serve the people and businesses. The 19th National Congress of the Communist Party said in October that the party will push forward political reforms and make sure the country’s political system is more standardized and follow legal procedures so that people can manage state affairs.

The effectiveness of the battle to fight bureaucracy and formalism will define the readiness of the officials to celebrate the 40th anniversary of China’s reform and opening-up to a planning economy. The 19th National Party Congress also stated that the people not only have higher demand for materials and culture life, but also higher demand for democracy, rule of law, justice and fairness, security and environment. Can various forms of bureaucracy meet the demand? No.

Bureaucracy is actually a twisted using of power. To modernize the state governance system, the authorities must make sure the principle of “a government by the people” is carried out in both essence and form.