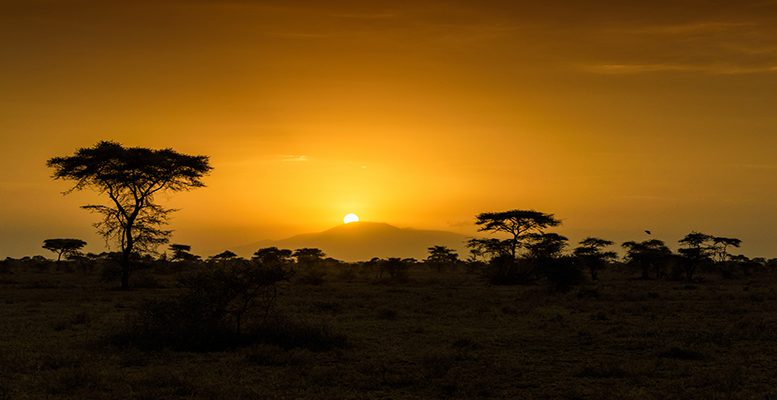 Virgil Hawkins | US President Donald Trump’s alleged remarks questioning why the US should take in immigrants from what he apparently called “shithole countries” — those comprising Africa, along with Haiti and El Salvador — have been met with indignation around the world and sparked a discussion on issues of race and racism, and on the deficiencies of the current US head of state. But perhaps it is also high time for a discussion on the role of the media in creating such negative images in people’s minds regarding immigrants from Africa and the continent from which they come.

Africa is the world’s second-largest continent, one covered in a wide range of landscapes, from grassy highlands, jungles, savannahs and deserts, to vast lakes and rivers, snow-topped mountains, lush valleys and canyons. It is also the second-most populous continent, being home to more than 1.2 billion people living in a variety of urban, semi-rural and rural settings. The continent is divided politically into at least 55 states, and a great many more ethnic and linguistic groups. It is indeed true that much of the continent suffers from poverty, but there is also a large middle class and pockets of opulence. There is agriculture, and there is industry. Africa is host to a number of deadly armed conflicts, but violence is largely confined within limited regions, and many of its countries have not experienced armed conflict since their independence more than half a century ago. To call Africa diverse is a vast understatement.

People from the continent occupy all walks of life — they are farmers, builders, office workers, computer programmers, fashion designers, doctors. Regardless of their circumstances, people from Africa, just like people from any continent and just like Donald Trump, tend to devote their energies to the pursuit of a better life for themselves and their families. The fact that it seems at all necessary to have to make a point of spelling out the diversity of the continent and the basic nature of human existence speaks volumes about the degree to which the entire continent of Africa and its billion inhabitants seem to be all too often reduced to a single crude stereotype or, in this case, into a single derogatory adjective.

But considering how “Africa” is portrayed in the news media — the prime (if not only) source of information for much of the outside world about the continent — it should perhaps come as little surprise that Africa does tend to be perceived in such a stereotypical manner.

The first thing to notice about how Africa is portrayed by the media is that it generally is not. Studies of major internationally focused Western (US, UK, French) news outlets (newspapers and TV) have found that Africa tends to account for roughly 6% to 9% of the total amount of international news; in Japanese news, this drops to two to 3%. Even if we generously assume that 20% of the news is focused on international events (it rarely rises above 15%), that still means that at best, less than 2% of coverage in a Western newspaper will be about Africa. That does not leave a lot of room to portray Africa in all its diversity.

It surely comes as no surprise to anyone that what little coverage of Africa there is, it tends to be of the negative variety. News in general displays a tendency for negativity, as the truism “If it bleeds, it leads” would suggest. Journalists have long spoken of a coups-and-earthquakes approach to covering the world outside (to quote the title of a book by Mort Rosenblum). But the tendency appears to be more pronounced regarding news of the African continent. A study of US television news found more than 60% of news of Africa focused on conflicts, terrorism, disasters, disease and other tragedies. A study of Japanese newspapers found 70% of coverage of Africa to be negative — more negative than that of any other continent. Even within news about conflicts, the more positive aspect of peacemaking is less likely to be covered for conflicts in Africa than it is for conflicts in the Middle East.

This is not to say that African conflicts are actively pursued by the media. African conflicts are in fact woefully underrepresented by the news media compared to other continents and regions. And as Kenneth Dowler rightly points out, it may well be that the “If it bleeds, it leads” notion holds true for the media, but “it really depends on who is bleeding.” Conflicts occurring in Europe or the Middle East inevitably attract vastly greater amounts coverage than African conflicts do. In a similar vein, a Western victim of a kidnapping or killing by an armed group in Africa is far more likely to be covered than an African victim.

This cannot simply be written off as a case of media based at “home” focusing on “our” people from the perspective of nationality. One cannot help but come to the conclusion that race (and/or socioeconomic status) is also playing a role in the determination of newsworthiness. In a situation in which no US citizens are involved, for example, a French citizen kidnapped in North Africa will attract US media coverage where a kidnapped Ethiopian citizen will not.

The coverage of Africa remains largely fixated on the problems the continent faces, but it also has very selective views about what these problems have to do with the rest of the world. As Binyavanga Wainaina cleverly illustrates, there are plenty of stereotypes for journalists to choose from beyond the “dark Africa” frame, not least the “savior” angle. News stories of poverty and humanitarian tragedies in Africa are full of benevolent Westerners coming to the aid of their victims with medicine, food and blankets (and perhaps an occasional “humanitarian” bombing campaign). They can be seen building houses and schools, and taking on the role of educator and carer. All too often, they are the lead role in the story, while the passive and seemingly helpless African victims of poverty, conflict or disaster, remain voiceless, nameless and often faceless.

Given this focus on the negative aspects of Africa in the news coverage, the absence of the positive aspects as well as the failure to highlight the endeavors and innovation made by, and resilience of, people in Africa in overcoming the challenges they face, it should come as little surprise that immigrants from these places come to be seen as the tired, poor and huddled masses, incapable of contributing to society and destined to become little more than a burden upon it.

Also, importantly, news coverage misses a whole host of issues associated with Africa’s problems, not least their causes. Precious little is said, for example, of the massive amounts of money lost through tax evasion and other forms of illicit financial flows leaving Africa via tax havens, all too often at the hands of foreign corporations. Similarly, the news media rarely talks about unfair trade or the trade rules and pressures that sustain it, or how the rich and powerful countries benefiting from this state of affairs work to maintain it. Bill Clinton admitted his role as US president in wiping out the rice industry of Haiti, one of the key non-African targets of Trump’s infamous remarks. The mechanisms for this remain largely in place, and similar patterns can be observed throughout Africa.

This is not to simply blame the outside world for all the woes of the African continent. Domestic corruption stands at alarming levels in many African countries, and illicit financial flows are heists perpetrated by a host of actors, both domestic and foreign. But the fact is that when all the flows of trade, aid, investment, debt, tax evasion and remittances are tallied up, on balance, more money is leaving Africa than entering it. That is, Africa is in effect contributing more to the development of the rest of the world than it is benefiting from it.

The significance of Trump’s alleged remarks seems to be considered primarily in the context of definitively answering the question posed by a reporter in the aftermath of the uproar: “Mr. President, are a you racist?” The whole incident will likely fall from view with the next statement or action that President Trump can manage to shock us with, either this week or the next. But let us not forget to take a hard look at the role of the news media in creating and perpetuating a horribly simplistic and stereotypical portrayal of Africa that allows such mindsets to develop and multiply.