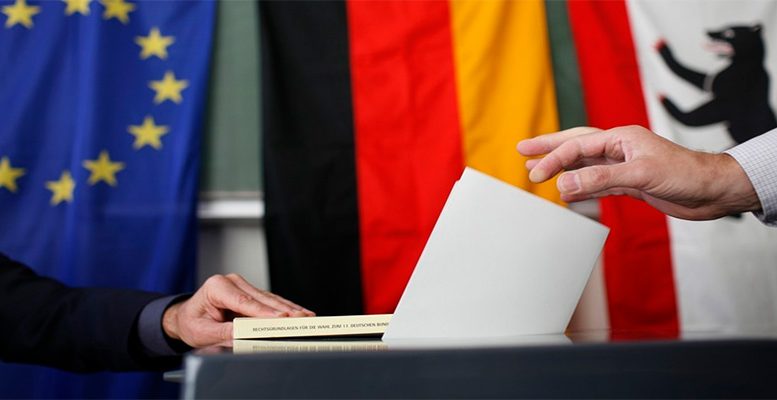 Germans vote in the election in 2009

Nick Ottens via Atlantic Sentinel | Germans are more centrist and optimistic than most Europeans. The French and the Spanish have yet to feel the economic recovery and are more inclined to vote for parties on the far left and the far right. The Italians are even more pessimistic, yet they remain wary of extremes.

Those are among the findings of a Europe-wide survey conducted by the German Bertelsmann Stiftung.