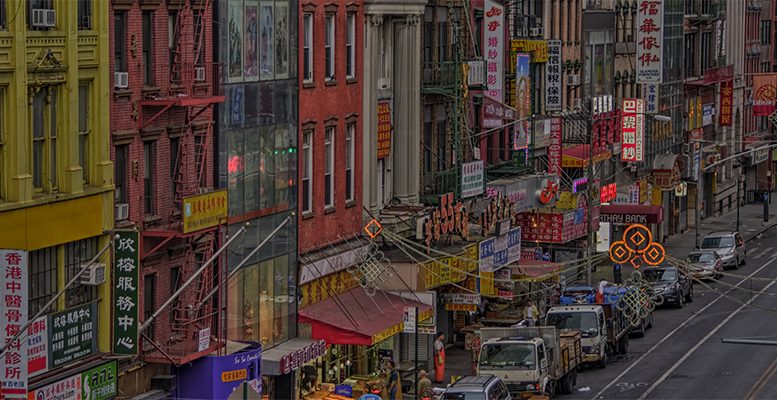 Facade of Chinatown in Manhattan

J.L.M. Campuzano (AEB) | It’s about the economy! Although the economy was certainly not an issue which weighed on a large part of the vote in the Brexit referendum. And maybe that’s exactly why the outcome took us all by surprise. Are the macro forecasts made prior to the referendum obsolete? I hope not…

We economists are constantly saying that the negative international economic impact of Brexit will be limited in the short term. And I firmly believe that will be the case. But money is easily frightened.  And fear is rational.

In fact, in my opinion, the greatest potentially negative economic effect in the short term comes from the financial markets’ perception of risk. They are also economic players. So it’s easy to understand the warning calls from the international monetary authorities…the promise of implementing measures to return stability to the markets. And they have done it in the past, for other very different reasons from the current ones. And for the time being it has worked.

And the uncertainty? There is very little the central banks can do about this. Avoiding the political issue, they take pains to ask the economic authorities to accompany their expansive monetary policy with structural reforms and fiscal measures (with whatever margin there is…those countries which have margin). In the end, the objective is two-fold: facilitate adjustments in supply while demand picks up. For the time being with a varied and generally limited reception.

But before, I was saying that it’s too early to consider the macro forecasts prior to the Brexit referendum as obsolete. And I stick to that, despite the fact that over the last few days there are more and more people who fear another period of global economic slowdown. Starting with the US economy.

Many months ago I realised that any forecast regarding the global economic scenario should take into account the “equilibrium” between the performance of the US and the Chinese economies. The leading emerging market economy and the biggest economy in the developed world. In the latter part of last year, the estimates for greater US economic growth offset the concerns over a deeper than expected slowdown  in the Chinese economy: in the first few months of this year the opposite has happened. In the meantime, the pace of world economic growth has slowed to levels estimated as being below its trend growth rate of over 3%.

So where are we now? The latest data on the Chinese and US economies show a more moderate pace of growth, although the levels do not differ from the official forecasts in either case. That said, it’s also the case that the official growth forecasts are being reduced, something which is more evident in the case of the US economy.

Let me go back to the IMF report I referred to earlier.

What are its main conclusions?

In the end, growth forecasts are lowered.

But the optimistic outlook is maintained.

All in all, a future which is conditioned by the four “forces” referred to in the last point. And here we are talking about the drop in the activity rate, low productivity, the increase in poverty and social inequality.

What do these four factors have to do with the Fed? Nothing. And that is a definite problem.  Hence the demand for structural reforms and economic adjustments…in the US as well.