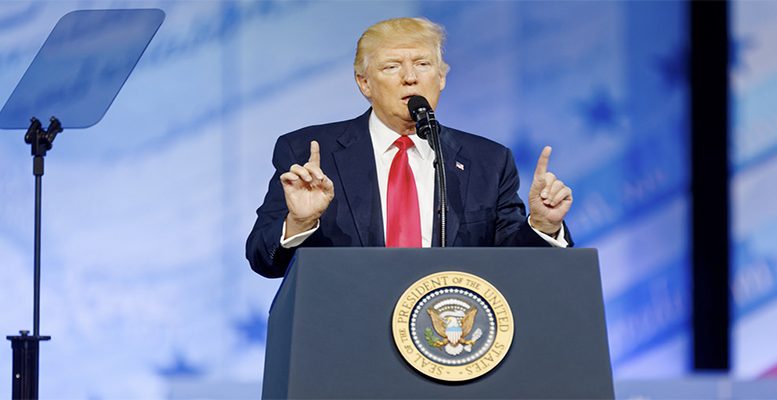 After several months of buildup, the Trump’s tax reform was finally unveiled on September 27. To better understand the potential implications for investors, Curt Overway, CFA from Natixis Global AM offers insight on what the tax reform proposal means for investors’ portfolios. A few observations can be made.

First, Overway points that this is an initial proposal. While there has been an effort to make this process somewhat more inclusive than other recent failed legislative efforts, this proposal, in its current form, faces significant hurdles.

There has already been strong pushback on the elimination of the state and local tax deduction, which is going to make it even harder to put together a package with a palatable impact on the deficit. Much of the hard work has been left to Congress to hash out, so there remains a lot of uncertainty about what any tax reform package might ultimately look like and whether that can get through Congress.

Changes to the individual tax code

One of the key features of the proposal is the collapsing of seven tax brackets into just three with rates of 12%, 25% and 35%. This would lower the tax rate for top income earners from the current rate of 39.6% to 35%, though the framework does provide for the option to add a fourth bracket for high income earners. According to Natixis expert if this change goes into effect investors in the top bracket would see taxes on short-term capital gains, interest income and non-qualified dividends drop slightly.

There was no specific mention of capital gains or qualified dividend tax rates in the initial framework, so at this point we are assuming those would not change, though they could. With the reduced 35% tax rate, there would likely be a very modest impact on most investment portfolios.

Index-oriented equity portfolios, where the vast majority of the taxable events occurring tend to be long-term capital gains and qualified dividends, wouldn’t probably see much of a change on the after-tax returns realized by investors.

Actively managed equity portfolios typically have higher levels of turnover, which is more likely to create at least some short-term capital gains within those types of portfolios. As a result, one might expect to see a bit more of a positive impact for investors in terms of slightly reduced tax drag on these investments. Analysis that Natixis Global AM have conducted, however, applying the new rates retroactively to broadly diversified actively managed equity portfolios over recent history, suggests this impact will likely be minimal.

Our analysis found that applying the lower tax rate of 35% instead of 39.6% for the ordinary income rate had virtually no impact on the after-tax returns of these portfolios.

The muted impact of these changes to the tax code on after-tax investment returns is due to the fact that (1) the changes to rates are relatively modest and (2) much of the returns in equity portfolios are generated through (primarily long-term) capital appreciation and qualified dividend income. At this point there is no discussion about changes to the capital gains or qualified dividend tax rates so these components of return aren’t really impacted.

Investments that generate more of their return through interest income, such as taxable bond portfolios, could have a larger portion of the return subject to lower rates, but with interest rates at very low levels that effect is likely going to be minimal as well.

Elimination of most deductions

The framework also eliminates most deductions, leaving just mortgage interest and charitable contributions. Currently, some investors may be able to deduct certain investment management fees if they itemize deductions. The ability to do this would go away under the proposed framework. This is unlikely to have a big impact for most investors as these fees could only be deducted to the extent that those deductions, along with other miscellaneous deductions, exceeded 2% of adjusted gross income (AGI). For now, the framework provides for retirement savings to remain tax deferred, but this is one issue still on the table.

Under the proposed framework the deduction of state and local taxes would also no longer be allowed. This could mean that the effective marginal tax rates for certain taxpayers in states with high tax rates could end up increasing.

Tax rates are still going to be at levels that create a meaningful drag on investment returns, often greater than the impact of fees. While there is the potential for this tax drag to decrease slightly, it isn’t likely to have a material effect. It will still remain important for investors and their financial advisors to think about the tax implications of their investment decisions and there will still be a substantial benefit to employing investments.