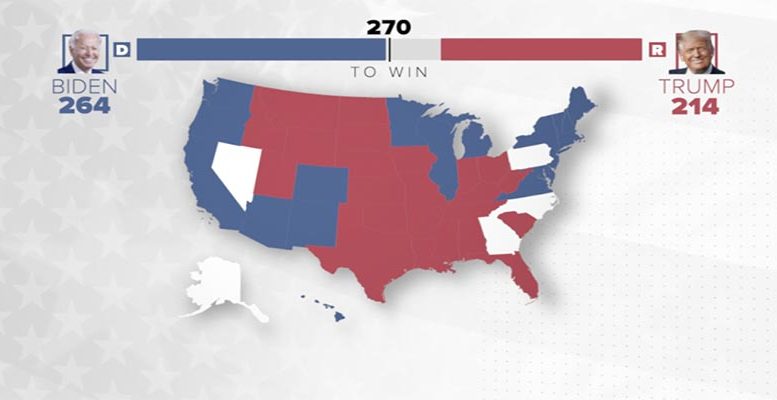 The election count is continuing and the chances of the Democrat candidate reaching the White House are increasing. Although with a much tighter result than the polls predicted. Joe Biden is winning in the key states of Wisconsin and Michigan, as well as being ahead in the recount in Arizona and Nevada – here Biden is winning by less than 8,000 votes so far. These four states would give him the extra boost needed to achieve the required 270 votes. In that case, he wouldn’t have to wait for the result of the postal vote in another swing state, Pennsylvania, where he is also likely to win – here Trump is ahead even though Biden is closing the gap. The latest recount gives Biden 264 and Trump 214. Despite the result, Donald Trump is accusing the Democrats of fraud and has announced he will file several complaints in these key states, demanding new recounts and threatening to go to the Supreme Court. This would mean a delay in the whole process of taking over power.

The division of the Houses was also confirmed. There will be no movement in the political colour of the House of Representatives – still Democrat – nor in the Senate – still Republican – which will limit the ability to implement very extreme policies. These would include the medium-term increase in income and corporate taxes promised during the campaign.