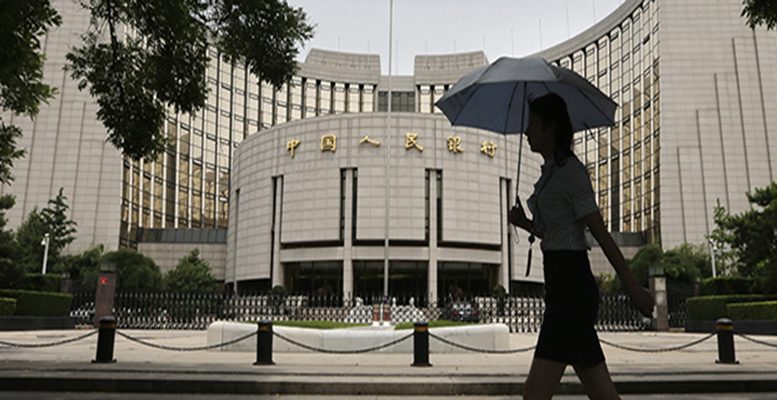 Marcus Weston (JK Capital Management) | While global markets are nervously watching commodity prices rise after the US released its surprisingly strong April inflation figures, most governments and central banks seem to be much less concerned. For now, monetary and fiscal policies in most of the world’s major developed economies will remain on the current expansionary course, at least until we see whether the rise in inflation turns out to be truly “temporary” or not.

Again, the most striking exception is China. Unencumbered by uncontrolled virus outbreaks and business closures, China has been the first major economy to tighten its financial policies in the aftermath of Covid 19. This became even more apparent after the People’s Bank of China released its monthly lending and social finance statistics for April, which showed not only a further decline in credit growth in the world’s second largest economy, but a slowdown that exceeded market expectations.

Bank lending rose by RMB 1.28 trillion, well below consensus expectations of RMB 1.56 trillion, while aggregate financing to the real economy (AFRE), which includes loans and bonds, recorded net growth of RMB 1.85 trillion (versus expectations for RMB 2.25 trillion). As a result, China’s M2 money supply declined from +9.4% y-o-y in March to +8.1% y-o-y in April. It has returned to pre-Covid levels in 2018/19.

The slowdown in credit has been very marked. Indeed, China has been on a deleveraging path since 2018 and last year’s pullback was only considered temporary to cope with the initial effects of Covid. However, the recent figures indicate that the return to normalisation is proving to be faster than estimated. Looking at the figures more closely, the recent slowdown in aggregate credit growth has been driven mainly by a reduction in domestic bond issuance, which should not be surprising given the government’s multiple announcements of tightening lending conditions in the state-owned enterprise and housing sectors.

Normally, an aggressive tightening of policy should raise some concern in financial markets, especially in risk assets such as equities and high yield debt, which are typically more sensitive to lending conditions. However, we believe that the positive reaction of the high yield bond market indicates that investors are prepared for this policy direction. Chinese real estate bonds have already discounted tighter lending policies in recent months, following the introduction of the “three red lines” rules last year.

Given that recent balance sheet data suggest this has boosted deleveraging by many developers, this could lead to a positive medium-term trend for bondholders. It should also be remembered that monetary tightening comes at a time of strong economic growth in China. Indeed, the Caixin Composite PMI rebounded to 54.7 in April (up from 53.1 the previous month).

China is doing what most central banks around the world still avoid doing, namely addressing rising inflation early and directly. If global commodity price rises turn out to be more durable and less transitory, Chinese asset markets could be well positioned to weather the market turbulence ahead.