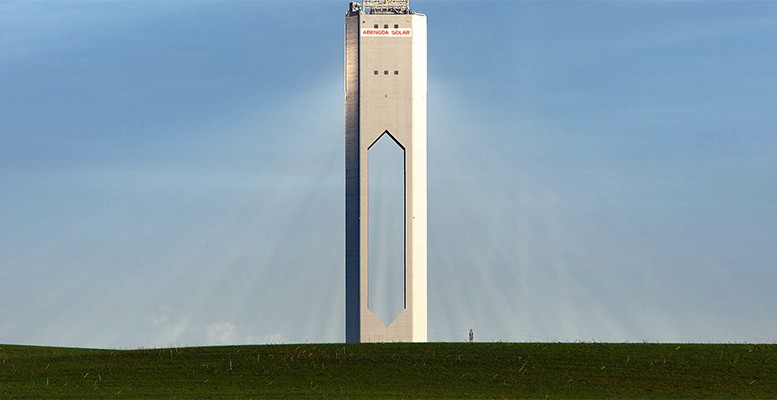 Spanish renewable energy and engineering group Abengoa is close to  bankruptcy. The company’s high level of debt, standing at € 6.283 billion, has caused the stock to lose two-thirds of its market capitalisation over the past 12 months. Over the last few months, Abengoa has been working on a 650 million euros capital hike and a financial adjustment of €1.2 billion in an attempt to save the day. The firm also tried to negotiate a new €1.5billion credit line with five creditor banks as well as with the Spanish government. The latest corporate movement on the part of the company, was to agree to Basque steel products maker Gestamp becoming a shareholder, through its affiliate Gonvarri, with a €350 million offer of new equity. This operation has now failed. So Abengoa has no other option than to opt for pre-file bankrupcy, the least desirable outcome for the company.

Gestamp is believed to have informed Abengoa that it will not take a stake in the company, after creditors failed to agree over a financing package of between 1 billion and 1.5 billion euros.

If this news is confirmed, Abengoa will find itself in a very difficult situation given that it has already invested 350 million euros of the 650 million total raised in its capital increase. So it will need to raise additional funds.

Gestamp had also insisted that Abengoa implement a divestment programme of 1.2 billion euros until 2017, that its creditor banks guaranteed the capital hike and “a financial support package in favour of the company.” This would include sufficient credit lines to enable Abengoa to carry out its day-to-day business.

Finally, Gestamp wanted Felipe Benjumea to withdraw from the management of the company, and although he has given up his position as Chairman, he continued as an advisor and Honorary Chairman.

To put all this in context, the operation which was expected to be carried out involved the following: firstly, Gestamp would subscribe to 250 million euros of Abengoa’s capital hike (equivalent to 26% of capital). This capital increase would exclude preferential subscription rights by issuing class A and B shares, in proportion to the current number of shares in each class.

Then Gestamp would subscribe to the corresponding amount in the capital hike, about 100 million euros, taking its total investment in Abengoa to 350 million.

After both transactions, Gestamp would have become the leading shareholder, with 28% of voting rights and 4 members on the 13-strong board. It would have replaced Inversion Corporativa which would only have one board representative.

Despite having pulled out of the deal, Gestamp has left the door open for the creditors to accept its conditions.

Analysts agree that this news is “very negative” for Abengoa.

Bankinter experts believe that the fact Gestamp has withdrawn its support leaves the company in a “very complicated” situation, given its very high debt levels (6.283 million euros). They have changed their recommendation on the stock to a Sell.

Sabadell analysts have a similar view, noting that this news “increases the uncertainty over the capital hike.” For Renta 4, only investors “who can tolerate high risk” should invest in Abengoa. ACF analysts are slightly more positive, however, considering that the decision could be just another stage in the negotations between Abengoa, its creditor banks and the possible new investor.