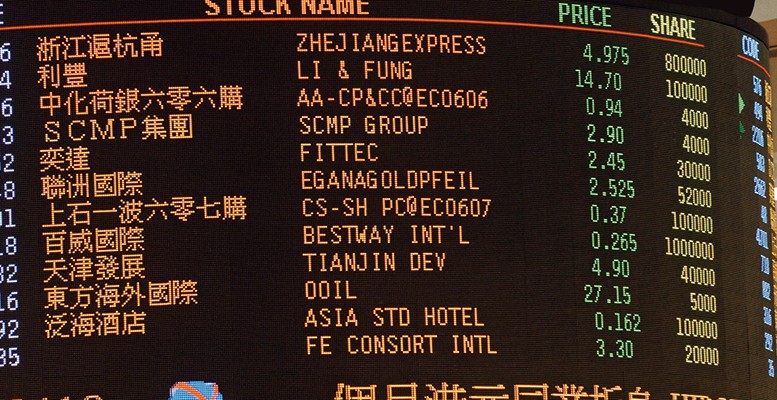 As supporters of the plan see it, no government institution is in a better position to improve stock trading controls, manage Internet-only banks and close regulatory loopholes than the central bank.

The need for improvements was stressed by President Xi Jinping during a November 3 speech to Communist Party officials in the capital, where he said the government should improve financial system regulation.

Regulatory and rule-making tasks are now divided among these and other government agencies. Banks, brokers, insurers and investors are thus governed through a multi-agency approach to writing and enforcing rules, a system that’s been in place since 2003.

Little has changed since the oversight system was formed, even though the financial industry has changed a lot over the past decade. The changes have even accelerated in recent years with the advent of high-speed stock trading, stock investing through margin trading schemes, and retail investment products sold on the Internet by companies such as Alibaba Group.

And the financial industry and other business sectors are more closely integrated than ever. As in other countries, the lines between the banking and the insurance sectors in China are somewhat blurred, explained Wang Jun, a former World Bank chief financial sector expert who worked for the institution’s East Asia and Pacific Region division. But the lines are even less distinct in China because e-commerce companies such as Alibaba Group Holding Ltd. and JD.com Inc. sell investment plans just like banks.

As some experts see it, the entire framework has grown weaker due to the mixing of traditional and non-traditional financial businesses in recent years, leaving the country with a supervision system fraught with a lack of coordination, redundancies and regulatory gaps. Some of these gaps, officials say, contributed to the stock investor sell-off that saw the Shanghai Composite Index fall 43 percent from June 12 to August 26.

Major investment managers such as Li Jiange, vice chairman of Central Huijin Investment Ltd., a subsidiary of the state sovereign wealth fund China Investment Corp., say something has to change.

“The latest stock market rout showed that the current financial regulatory system is terribly impotent in the current market,” Li said in mid-October an economic summit in Singapore.

“Regulators failed to obtain complete information” about what was happening in the financial markets, Li said. “So supervision is undoubtedly flawed.”

The proposal to give more power to the central bank is one of two core proposals on the table for overhauling the supervisory system, said sources close to the government who spoke on condition of anonymity.

Officials at the State Council, the cabinet, are also mulling a proposal to create a new agency that would take control of the entire financial industry. This umbrella-agency approach would theoretically put the CBRC, CSRC and other pillar regulators under the new agency’s command.

CBRC officials have called for creating a oversight agency that reports directly to the State Council and is in charge of coordinating all financial sector supervision. This new agency would function something like the Financial Stability Oversight Council in the United States.

Regardless of the path chosen, a goal of the new system should be improving the government’s capacity to supervise, said Shen Minggao, Citigroup China’s chief economist. It should also help clarify rules by more clearly defining the responsibilities of various government agencies while supporting the independence of regulatory bodies, he said.

Wu Xiaoling, a former central bank deputy governor, has in recent years called for letting the central bank call the shots. Wu is the vice director of the Finance and Economic Committee of the National People’s Congress, the top legislature.

It’s problematic that the central bank lacks adequate authority and takes orders from the State Council, Wu said. And the problems are sure to mount in the future, she said.

“The central bank should be granted authoritative status and full access to regulatory information,” Wu said. That means “the bank should have the right to launch spot checks on abnormal activities in the market.”

Another former central bank official said the power to closely monitor the equities and bond markets should be a central bank mainstay. And the bank’s monitoring powers should embrace data flowing through the China Government Securities Depository Trust & Clearing Co., which handles bond issuance registration, and China Securities Depository & Clearing Corp., which is in charge of securities registration.

A stronger central bank should also have the power to closely supervise Internet financing platforms, which are thinly regulated, the former central bank official said.

If the financial supervision system is overhauled, the changes are unlikely to happen anytime soon.

“The discussion has just begun” among government leaders, said a source who declined to be named. “It may take at least two years to settle the implementation details.”

Past efforts aimed at better coordinating the supervisory work of the central bank, CBRC, CSRC and CIRC have had mixed results.

In 2004, representatives from these agencies and ministries formed a committee that met regularly to improve coordination. In the end, though, that body did little more than function as a platform for exchanging information.

Inter-agency communications improved following a State Council order to create a conference mechanism through which the various regulatory bodies could meet, said a source close to the central bank. Officials from the central bank were asked to lead the conferences.

But that system was “only an arrangement for discussion and research,” and the group of agencies had “no enforcement power,” the source said.

The oversight system’s shortcomings remained hidden beneath the surface until the stock market turmoil started in June. Officials say leveraged stock buying coupled with inadequate supervision was the main cause of the sell-off, a source close to CSRC said. Moreover, the source said, supervisors failed to respond quickly to problematic market trends that led to the slump.

“Every regulatory body has its own inadequacies,” said a CBRC official who asked not to be named. “And then there is the coordination problem.”

Li Yang, a former vice president of the Chinese Academy of Social Sciences, linked the stock market crash to the fact that regulatory agencies failed to share information among themselves and with the central bank, which functions not only as the lender of last resort but also works closely with economic policymakers.

“Only the central bank can combine these functions,” Li said.

Ji Min, the central bank’s deputy research chief, said that if the government creates a single regulatory body to oversee the financial system, that agency is sure to be challenged by the huge task of supervising the country’s markets and its total grip on regulatory power. He said the regulatory system of the future should include elements of competition and coordination.

Li said it would be more feasible to put the CBRC and CSRC under the supervision of the central bank. This would allow for better coordination and regulation of the banking and securities sector. The CIRC, meanwhile, would function as an independent agency overseeing the insurance sector.

Opponents of Li’s idea say it would not go far enough, and the results would be similar to those seen today.

The idea of handing all financial oversight to the central bank also has supporters and opponents, although industry and academic sources agreed the central bank should have a wider role in regulatory coordination.

And some opponents are actually inside the central bank.

One PBOC official who asked not to be identified warned about potential risks stemming from the fact that financial market players see the central bank as a bail-out mechanism that would come to their rescue when financial troubles ran too deep.

“Thorough reform should not just simply consolidate everything,” he said. Rather it should offer “an adequate diagnosis of the current system. Otherwise, it would be possible to repeat past mistakes.”

Good relations between market players and the government’s regulators should be supported by an independent regulatory system with a clear mission, Wang said.