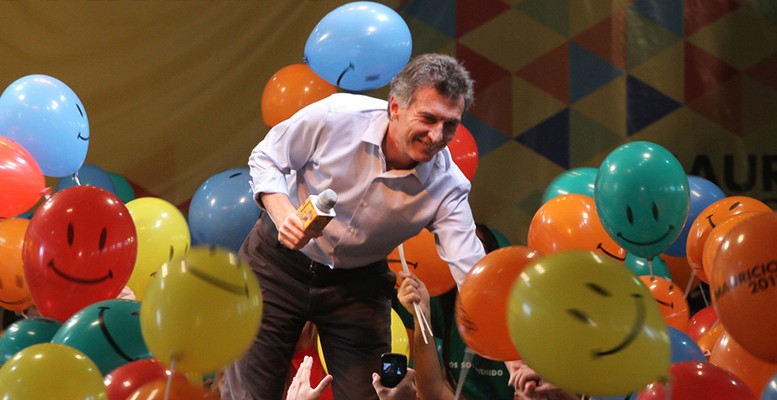 UBS | With 66% of cast votes officially counted, Mauricio Macri has defeated the officialist party’s candidate Daniel Scioli with 53.46% of votes vs 46.54% in the second round of Argentina’s presidential election. At the time of writing, Scioli had already conceded defeat.

The president – elect will take office on December 10. Much focus over the next few days will be on his choice of cabinet members, as he has not officially made any official announcements yet.

The electoral results confirm the momentum that Macri carried into the second round after a surprise first round result three weeks ago that saw him losing by only 3 percentage points versus erstwhile favorite Scioli. They also suggest that Macri was better able to mobilize the votes of dissident Peronist Sergio Massa, who was third in the first round, in his favour.

Macri’s preliminary 7 ppt margin of victory over Scioli and the proximity to the 54% vote level obtained by outgoing President Cristina Kirchner in the previous election (one – round – only) will constitute sizable political capital for Macri over the coming few weeks. They point to an important mandate for political and economic change. Another worthy advantage will be that his own party (Pro) will also govern the strongholds of the province and city of Buenos Aires.

Macri’s capacity to govern and to advance his policy agenda will be the key questions in coming months. While the lower house of Congress is tilted towards a more balanced distribution of seats (with no single party able t o build a quorum), the FPV and allies will represent 45% of seats, Macri’s Let’s Change coalition 35%, the non – Kirchnerist Peronists 14%, with the smaller parties at 5%. In the senate, the distribution of seats will be 58%, 21%, 14% and 7% respectively.

In line with our piece “Gradualism vs Shock Therapy in Post – Election Argentina”, these are the main economic challenges we see facing Argentina:

Any potential lifting of existing capital controls and/or a devaluation of the peso to restore competitivenes s face two major hurdles: i) the shortage of international reserves (with net international reserves likely to be all but exhausted when new govt takes over); and ii) the likely inflationary impact of such a move,

The new Macri administration may choose to work on a number of fronts to reduce the risks above by: i) anchoring inflation to the best extent possible; and ii) balancing capital flows.

On the fiscal front, the new government might elect to reduce the rate of monetization of the deficit by the CB, which we believe was in part a function of excess spending, particularly on subsidies. Reducing these subsidies without social discontent and without a surge in inflation could be a key challenge for the new administration.

The monetary response to excess monetization and high inflation could be to allow real interest rates to rise into positive territory in such a way as to curb the demand for dollars and reduce price pressures.

The balancing of capital flows when lifting capital controls will be critical in order to prevent a potential free – fall in the currency. A key component to preventing large capital outflows is that the new authorities lay out a credible fiscal and monetary framework as noted above.

How large could a devaluation be? The market looks to be expecting a move in the currency to around 15 pesos per dollar once capital controls are lifted. The critical issue is whether this move will set off a further inflation spike or not. Advisors in the Macri camp have argued that it need n ot as many transactions already go through the black market rate. However, this is not true of agricultural goods, a fact that could put great pressure on inflation if the new administration does indeed validate an FX move of that size. Equity Strategy: Be careful about staying long for too long.

We expect Macri’s election to trigger a short – term extension of the recent sharp rally in Argentine equities on hopes of a long – term improvement in economic policies. While MSCI Argentina is up 52% ($) from its early – October low and by 28% since the first round on October 25th, the index is still 16% below its euphoric peak of mid – March, creating the scope for further upside in the next few days.

However, given: i) Argentina’s significant outperformance of both MSCI GEMs and MSCI FM this year; ii) valuations (around 9.7x forward) back to March levels EM Equity and just below long – term averages; and iii) the severe economic challenges facing the new government, investors should expect a ‘sell on the news’ correction after a few further days of celebration. Be careful about staying long for too long.

In addition to industry and company specific risk, we point out to investors the potential risks inherent in investing in companies with significant assets and business operations in GEM. Potential emerging market related risks include, but are not limited to, the volatile nature of the currency, regulatory and socio – political risk, and abrupt potential changes in the cost of capital and economic growth outlook. Valuations can also be impacted by “contagion” from developments in other emerging markets. Each of these above has the potential to significantly i mpact company/industry performance.