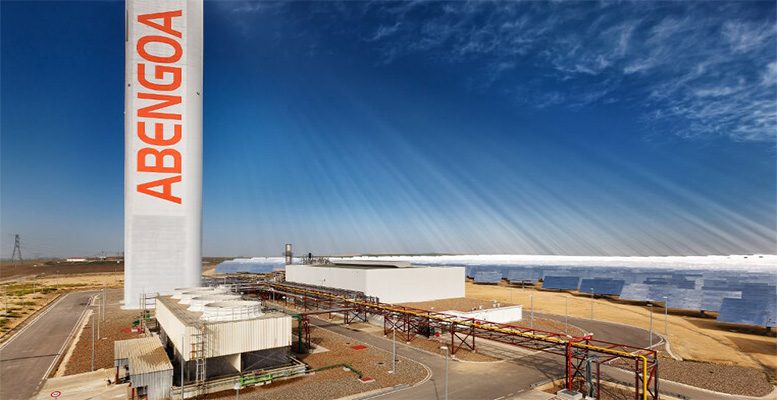 Abengoa has signed a contract with Algonquin Power & Utilities Corp. (APUC), which provides public services in the renewable and regulated energy sector, for the sale of a 25% stake in Atlantica Yield for $607 million, some 522,3 million euros. The price agreed on of $24,25 per share is subject to deductions related to certain obligations contained in the contract, as well as to the costs of the transaction. In addition, the parties involved have agreed on an earn-out mechanism by virtue of which Abengoa will be able to reap 30% of the first $2 Atlantica Yield’s share price revalues by, up to a maximum amount of $0,60 per share. This earn-out mechanism will be applied on the first anniversary of the date of the closure of the deal. The capital gain will be effective when the deal is closed, which Abengoa estimates today to be approximately 96 million euros.

As part of the transaction, Abengoa has also given the buyer an option to buy its remaining 16.5% stake in Atlantica Yield. The conditions and price will be the same, and the sale will be subject to approval from the US Energy Department. The option will expire 60 days from the date of the closure of the sale of the 25% stake. There will also be a right of first refusal which can be exercised during Q1’2018.

The sale of Atlantica is part of Abengoa’s divestments’ strategy and is a further step in the viability plan which the company is working on. The sale of its stake in the ‘yield’ is in addition to the disposals announced in the last few months: Norte III, Bioenergía Europa, Bioenergía USA, the thermosolar plant in Ashalim in Israel, the desalination plant in Qingdao in China or the sale of its subsidiary Abentel to Ericsson, amongst others.

At the same time, Abengoa and Algonquin have signed a memorandum of understanding (MOU). Amongst other things, this is to set up a company whose principal aim will be to identify, develop, construct and operate jointly in the construction of energy and water infrastructures: the new company will be Abengoa-Algonquin Global Energy Solutions (AAGES).