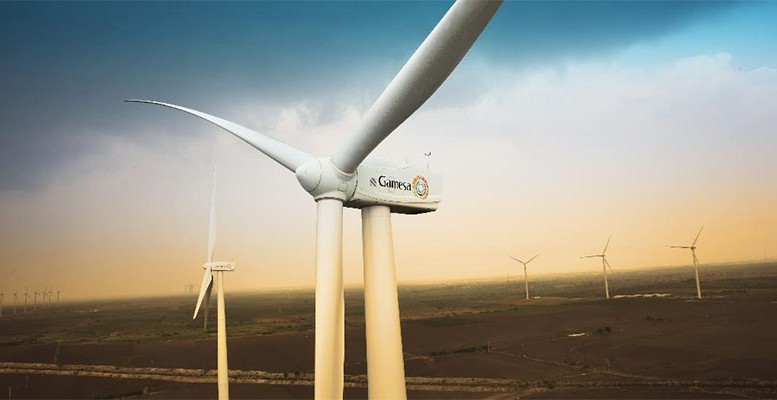 Basque wind turbines manufacturer Gamesa will probably be sold to Siemens, according to news published in the last few days and a regulatory filing from the company. In this filing, it admitted that it is holding talks with the German industrial conglomerate. Although Gamesa says that no firm decision has been reached, the negotiations are at an advanced stage.

A joint venture between the eighth largest global player Gamesa, and the second in the rankings Siemens, would create the world’s biggest wind turbines’ manufacturer by market share. It would have a combined 15 percent of the global wind market,  more than Vestas’s 10 percent, and General Electric’s 11 percent. The new company would have a market value of about 10 billion euros. Gamesa has a market value of  4.6 billion.

Why does the German company want to take over our wind giant? First of all, because Gamesa is now in an excellent economic and comercial situation. After emerging from the crisis, the Spanish company is growing again. Its turnover increased to 2.84 billion euros in 2014 from 2.33 billion in 2013. And the Basque corporation expects double-digit sales growth through 2017. It hopes to sell 3,500-3,800 MW of capacity, up from an estimated 3,100 MW in 2015.

Although some analysts think Siemens wants to acquire Gamesa for its onshore technologies, the company’s most important asset it its widespread presence in North America, Latin America and Asia. The Basque firm is strong in many countries where Siemens has had problems in gaining market share, especially in India, Mexico or Brazil. Gamesa is the hegemonic wind turbines seller in Mexico  (73 percent) and the leading one in India (19 percent).

But, Gamesa also has very good reasons to look for a big partner. In the last few years, the company has focused almost exclusively on the onshore business (on land) and ‘has forgotten’ or left to one side the offshore niche (at sea), which grows more rapidly. And while the Spanish firm has tried to establish some joint ventures and agreements with several multinational companies – the latest being with the French group Areva – the reality is that it has been left somewhat behind in these technologies.

Iberdrola, which owns 19,7% of Gamesa and currently buys all the wind turbines this company needs, has had to sign contracts with other manufacturers for its operations in the sea, such as in the United Kingdom. But Siemens is strong in onshore wind energy.

Another reason can be that Gamesa has a big debt pile due to previous investments. Lately, robust sales and higher profit margins have generated strong cash flows and the company has been able to pay down some debt. But the debt burden remains an issue for Gamesa as principal payments on notes and bond are due. If it is integrated in Siemens, Gamesa will have more business opportunities and easier access to lower cost capital.

The possible acquisition of Gamesa is explained by a fresh boom in the wind energy industry as a result of declining costs and a new global deal to fight climate change. In 2015,, more wind power was installed than any other form of energy generation, accounting for 44 percent of total power capacity installations. All this is improving the industry’s growth forecasts and increasing M&A activity.

If in the end Gamesa is bought up by Siemens, it would be the second Spanish wind energy giant to be sold to a foreign corporation. In 2007, Ecotecnia, the Spanish number two in the business, was aquired by Alstom, a French conglomerate operating in energy and rail equipment.