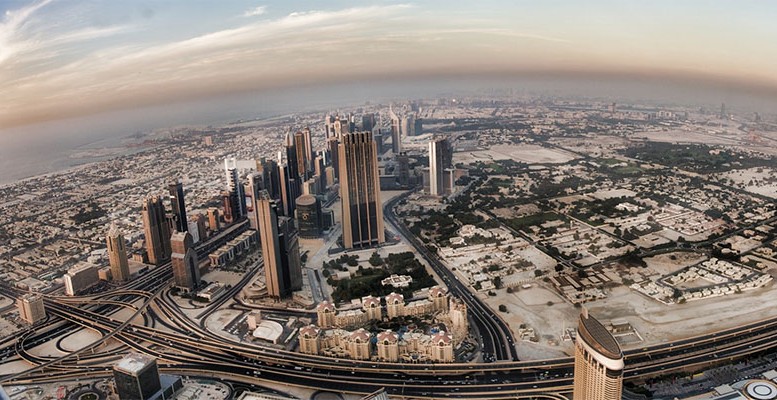 Hebah Fisher | In the 1970s, the population of the United Arab Emirates (UAE) stood at 230,000. It is now 9.3 million with an economy that grew 230-fold, ranking presently as the 28th wealthiest nation in the world. With 16% of the population being national Emiratis and the remaining majority expatriate foreigners, there is a unique dynamic to the UAE of a fast-moving, ever-changing country heavily shaped by visitor influences.

I once stood next to a friend at a music festival in a newly-opening design district in Dubai and remarked, “I don’t feel like I’m in Dubai.” To which he responded, “But when do you ever?”

While less so in the outlying emirates that are calmer and more suburban, the most populated Emirate of Dubai features a lifestyle that somehow feels to shift faster than you can grasp. This has exciting consequences for the startup scene. The startup industry is pregnant with opportunity in its newness and under-saturation, your customer base comprises all nationalities, and there is the possibility to carve your mark on a city stage, where elsewhere residents may be largely anonymous.

“I can’t believe that in two years I’ve been able to get to where I am,” says Elissa Freiha, co-founder of WOMENA, now one of the most active angel investment networks based in the UAE.

Founded in 2013, WOMENA’s mission is to empower women to invest in startups through education, awareness and removing the stigma typically associated with finance as a male-dominated, stiff industry.

In the United States, there are 600 angel groups and only 13 are women-only, with a sprinkling of women throughout the other groups. In the UAE, similar phenomena occur. And yet, as Freiha says, “70% of the college graduates in the UAE are women, which means they are highly educated. And when a woman inherits money in the GCC [Gulf Cooperation Council], it’s in her name. So they’re sitting on capital—often, they go into philanthropy, which is the expectation. It didn’t make sense to us, when you added it all up: Why aren’t there more women investors?”

WOMENA removes the suits and ties, the formal conference rooms for pitches. Often, its events are in people’s homes or in art galleries. And its results have been telling. In less than a year, WOMENA has hosted 14 pitch events featuring two fund-worthy startups at each, and its members have already funded two companies—ranging between $150,000 to $600,000 in deals.

This kind of initiative to grow an educated and keen investor pool in the UAE comes at a time when many entrepreneurs are disenchanted with current funding opportunities.

“A lot of the VCs [venture capitalists] in the region are a lot of talk,” says Alborz Toofani, founder of Snappcard, a mobile loyalty program app. “They look for revenues as their only indicator, not at traction or users.”

This means that if you built an app with 5 million users, but were not earning hefty revenues off your users, investors in the region may request you to come back later with a proposal when you are earning higher numbers. Juxtapose this with investors in Silicon Valley, who continued to fund Twitter up until its initial public offering (IPO) in 2013 for $25 billion, despite the company not breaking even in its seven years prior.

“But it’s also understandable,” reasons Baher Al Hakim, founder of Cloudappers, a software development firm he built from Dubai in 2011. “We curse the region for it, but the investors don’t have deep pockets here. With [startups], sometimes you spend hundreds of millions of dollars before you see a penny. And it’s all a big risk. For people in Europe and the [United] States, this is a small amount of money to lose all of it. But here, they can’t.”

Despite common misperception, the GCC is not full of investors willing to risk their capital. The majority of high net-worth individuals and families invest their money in safer bets like real estate and hospitality. Of course, one can argue that investors have yet to make big investments due to the quality of the entrepreneurs and companies.

On the flip side of this investment coin, we are seeing a growth in programs emerging to support entrepreneurs through education and training.

“Ever since I got into Flat 6 Labs, we’re pitching every week. I feel like a pitching machine,” says Valerie Konde, a Senegalese transplant to Dubai who left companies like Google and Rocket Internet to start Pavilion 33, an online arts platform where you can buy, sell and swap art from emerging countries like in the Middle East and North Africa region.

“Being a part of an incubator,” she adds, “is really helpful because if I have an issue that otherwise would have taken me a month to solve on my own, they put me in touch with the right person and we solve it in two days.”

As more and more incubators like this emerge, we can expect the quality and experience of the entrepreneurs to rise at the same pace as investors’ expertise and risk appetite. One thing we’re certain of: The startup landscape in Dubai is changing as quickly as the emirate itself.

Ten years ago, there was little public mention of entrepreneurship. Today, there are funds like the Khalifa Fund investing in national Emirati businesses; accelerators like Impact Hub Dubai in 2014, Turn 8 in 2013 and In5 in 2014; the government-backed innovation center that heavily subsidizes the licensing and office rent costs for its residents; the government-owned tech fund Silicon Oasis Founders in 2012; the tech-focused co-working space Astrolabs in 2015; the international accelerator Flat 6 Labs Abu Dhabi in 2015; the emergence of startup capital funds like Envestors, Emerge Ventures, WOMENA and Venture Souq; and countless startup-related events like STEP, TIE Dubai and Startup Weekend.

Let’s see what the next ten years bring.