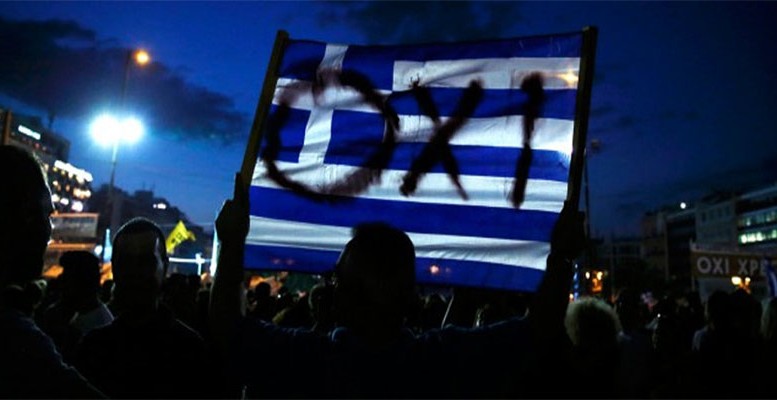 Yiannis Mouzakis via MacroPolis | Last July the conditionality of Greece’s third programme included savings of 1 percent of GDP from pensions. It did not require any major fortune telling skills to anticipate that this would soon lead the government of Alexis Tsipras into an extremely tense situation.

During the summer a number of measures were legislated that have a full year effect of 1.1 billion euros, according to the budget of 2016. The majority of the adjustment is achieved by increasing healthcare contributions in main pensions from 4 percent to 6 percent and introducing a 6 percent health contribution in supplementary pensions. This leaves a hole of approximately 700 million euros that needs to be plugged by the recently submitted pension reform, which favours the increase of social security contributions for supplementary pensions to cover the distance to the full 1.8 billion euros in savings. The proposal includes a number of other interventions that have generated significant social heat and have thrown Greece back into political anxiety.

Historically, the pension system has been a major bone of political contention in Greece and always a politically charged subject in the Greek public debate. The costs of funding pensions and benefits has been one of the key factors that contributed to the accumulation of Greek public debt and the creation of the country’s fiscal deficits.

The extent of the issue is well illustrated in the first budget that George Papandreou’s government submitted at the end of 2009, barely two months after it took office.

Even after 9 billion euros of transfers from the state, just months before Greece lost market access and was facing a default, the pension funds were looking at a gaping hole of almost 5 billion in 2010, the equivalent of 2 percent of that year’s GDP.

By design, the Greek state is a significant contributor to the social security sector and is one of their main pillars of funding, along with contributions of employees and employers, specifically for pension funds. The paradox in Greece’s current efforts to reform its pension system is that the troika-sponsored programmes that were devised with the purpose of restoring fiscal health have exposed all of the system’s weaknesses and severely affected its sustainability.

Unemployment, which peaked at 27.7 percent at the end of 2013, took roughly 1 million people out of labour force. The latest figure as of October 2015 is still roughly 800,000 short of what it was back in May 2010. This has made a huge dent in social security contributions, one of the key funding pillars of the system, which were more than 22 billion euros in 2009 but are estimated to drop below 16 billion this year.

Social security contributions took a major hit not only as a result of people dropping out the labour force en masse but also due to the programme-engineered reductions in wages, which aimed to restore Greece’s competiveness and accelerate the internal devaluation. The minimum wage at the start of 2012 was pushed down by more than a quarter and the majority of sector wage agreements that tracked the minimum wage then followed.

According to data recently published by the federation of IKA employees, the average salary in Greece’s largest pension fund was 13,300 euros in 2009 and dropped to 10,300 in 2014. It is expected to slip further in 2015. Total wages that exceeded 33 billion euros in 2009, dropped to 22 billion in 2014, severely impacting that source of revenue in the system.

At the same time, the state was forced to cut back on the supply of funds towards the social security system, with its participation dropping from more than 13 billion euros in 2009 to an estimated 10 billion in 2016. Contributions and state funding that amounted to 35.3 billion in 2009 will not exceed 26 billion this year. IKA alone, has lost a cumulative 16.5 billion euros in contributions in the 2010-2014 period.

According to the general government monthly bulletin, in 2015 pension funds had a total of 35.3 billion in revenues, 18.5 was from social security contributions and roughly 15.6 billion from current transfers, 14.8 billion of which comes from the state budget. Pension funds’ expenditure for social benefits in the same period reached 30.1 billion, with the lion’s share being pensions paid at 25.1 billion, sickness benefits at 3.9 billion and other benefits of 1.1 billion euros.

On top of its contributions to the social security system, the state paid out directly in state pensions 6.3 billion euros to 475,860 state pensioners, from civil servants to military personnel, local government employees and priests. That takes the total 2015 figure of pension dependency on state funding to 17.9 billion euros, the equivalent of 10% of GDP. It is the spending as a proportion of national output that is widely used in the debate around Greece’s pension reform. However, one should be cautious when using spending as a percentage of GDP in Greece’s case given that more than a quarter of the denominator has vanished during the crisis.

In the budget total spending purely on pensions in 2016 is seen at 23.8 billion euros, 20 billion of which is main pensions and 3.5 supplementary. This translates into circa 13.5 percent of the estimated 2016 GDP. Social security contributions are seen at 11.4 billion and the state contribution at 9.5 billion euros, or 5.4 percent of GDP.

Sizeable as it may be, the state’s share towards pensions is only part of the total social security spending. Transfers towards unemployment benefits and other employment programmes for OAED, the employment agency, are half a billion; pharmaceutical spending and medical care via EOPYY, the health service provider, is another billion in transfers; and hospitals get grants of 1.5 billion euros. The Greek state needs marginally over a billion euros each month to provide a range of welfare services, which takes the total transfers for social security, excluding state pensions, to 13.9 billion euros, or around 8 percent of GDP.

As part of the belt tightening, Greece has slashed many aspects of social security spending, both in terms of overall expenditure and state transfers.

Greece’s total social security bill has dropped from 49 billion in 2009 to 38.5 billion in 2015 and has been one of the key components of wiping out the massive primary deficits since 2009.

At 2.4 billion euros, pharmaceutical spending from the state health provider is one billion below the 2011 spend. Medical expenses stand at 1.9 billion, almost another billion down from the 2011 figure.

Hospitals have seen their revenues reduced by 600 million euros, while they have reigned in expenditure from 3.6 billion in 2011 to 2.7 billion in 2016.

Spending on welfare has been almost halved from 4.2 billion euros in 2011, 2 billion of which was unemployment benefits due to the jobless rate racing towards its peak, to 2.3 billion euros this year.

Social security and overall welfare spending have been subjected to the chop that came as a natural consequence of the Greek state being effectively bankrupt and needing to balance its books. However, the attempt to bring the system back on a sustainable path, reducing state dependency and transfers, took place as the other pillar of its funding, the employee and employer contributions, is 6 billion below what it was few years ago, or almost 3.5 percent of GDP.

At the same time, Greece has been left with few options in order to find further savings. The social safety net has been whipped away at the time it is needed most and health care spending has been reigned in to the point that the quality of treatment is suffering.

The task is Sisyphean and not simply a question of Tsipras’s ideological sclerosis. Even New Democracy leader Kyriakos Mitsotakis, seen by some as a true reformer, has avoided providing any concrete solutions to pension savings. He knows that getting specific on the numbers will unearth awkward truths that he would rather avoid so early in his new job and with the government looking shaky at best.

As they have done for so long, Greek politicians would rather look away when one of the most uncomfortable topics stares them in the eyes. It seems, though, it is Tsipras’s fate to face up to the responsibility of delivering the savings that the creditors require. Based on their demands, the number of alternative options are in short supply.