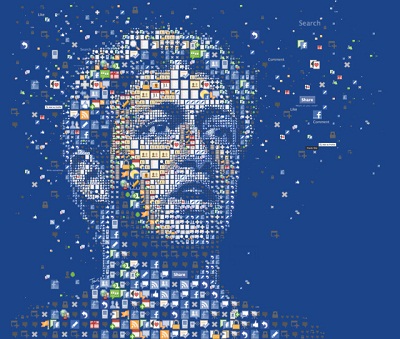 NEW YORK | You update your status. You share last weekend pictures in the snow and react on your colleague’s comments to the football game. You browse and snoop on people’s stuff and hit on the like and dislike buttons over and over… and everything goes into Facebook’s giant database. With 845 million users around the world (up 39% from 2010), the company is preparing for a public offering that has created huge momentum in the United States (roughly 200 million Facebook fans are here, that is two-thirds of the population).

Facebook Inc.’s IPO could value the social network between $75 billion and $100 billion. It might be one of the biggest U.S. stock-market debuts of all time. According to the Wall Street Journal’s sources, Mark Zuckerberg hopes to raise as much as $10 billion when the firm begins selling shares this spring. Among U.S. companies, only Visa, General Motors and AT&T Wireless have held larger offerings than $10 billion. Facebook millionaires are already making headlines, like the artist that painted the office and got shares instead of a cheque.

These are only estimations because nobody really knows the exact value of Facebook. In 2011 the company produced a $1 billion profit from $3.71 billion in revenues. 85 per cent of those revenues derive from online ads. The rest comes from social gaming (with partners such as Zynga, who sells virtual goods) and other fees.

Unlike other companies that have goods, machinery or gadgets, Facebook’s inventory consists in data. How much data? I made a quick test myself, asking Facebook for my personal file. They sent me a 25-Mega-zip full of comments, pictures and messages, even those I had deleted a long time ago. These 25 Mega correspond to a non-heavy user’s profile- guess how many terabytes they have from more than 800 million people.

“The magnitude of online information Facebook has available about each of us for targeted marketing is stunning. In Europe, laws give people the right to know what data companies have about them, but that is not the case in the United States,” writes Lori Andrews, a law professor and the author of I Know Who You Are and I Saw What You Did: Social Networks and the Death of Privacy, in The New York Times.

According to the filing, the number of ads delivered on Facebook grew 42 percent and the average price per ad grew 18 percent over 2011 from 2010. The site’s strategy, explains their communication team, is to keep users logged as long as possible. The longer they stay connected, the more time they are exposed to advertisement.

Be the first to comment on "Facebook’s juicy iceberg"