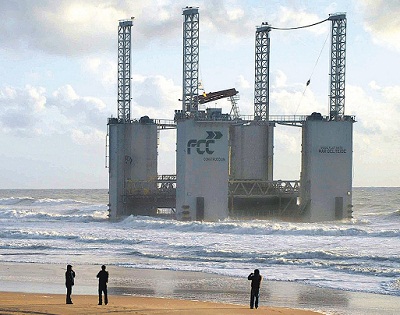 MADRID | The Spanish infrastructure and services company FCC reported this week it had obtained €2.4 billion in revenues in the first quarter of 2012, on par with the same period last year, with international revenues increasing by 15.6%. FCC obtained a net attributable profit of €16.6 million in the first quarter, suffering a decline of €23.9 million year-on-year, reflecting the impact of the company’s most cyclical activities.

Earnings before interest, taxes, depreciation, and amortisation or ebitda amounted to €241 million, down 13.8%, due primarily to the decline in the cement and urban furniture activities, the firm explained in a data release.

This performance was offset by the improvement in construction ebitda, which expanded by 10% and reflects a return to growth for the first time since early 2009. This is attributable to the improvement in Central and Eastern Europe, where Alpine operates. Environmental services reported solid underlying performance, with ebitda up 4%, accounting for 62% of the total.

The positive performance of infrastructure and environmental services activities outside Spain offset the 14.4% decline in revenues in FCC’s domestic market, mainly attributable to the construction and cement divisions. International revenues accounted for over 53% of the total, reinforcing the internationalisation strategy of FCC, the Citizen Services Group.

By geographic area, growth was notable in America and in other new markets, where revenues doubled with respect to 1Q11 thanks to large infrastructure projects and to the good performance of the industrial waste management and urban furniture businesses in the US. Revenues in the UK improved by 15.5%, driven mainly by the construction of a new waste treatment plant and several other infrastructure projects under way.

“Nevertheless, debt will decline considerably when the Spanish government’s plan to pay the suppliers of city and regional governments is implemented,” FCC announced. “Debt collection under that plan, which will commence in the coming weeks, will have a significant effect on cash and debt.”

At the end of the quarter, the Group’s backlog totalled €35.802 billion, equivalent to three years’ revenues.