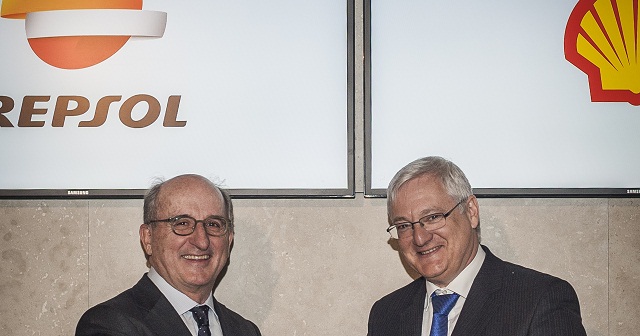 Repsol has reached an agreement with Shell for the sale of its LNG assets for $6.7 billion which includes the minority stakes in Atlantic LNG (Trinidad & Tobago,) Peru LNG and Bahia de Bizkaia Electricidad (BBE) as well as the LNG sale contracts and time charters with their associated loans and debt.

Excluding the financial leases and financial gross debt, the equity value of the assets included in the sale is $4.4 billion, generating a pre-tax capital gain of $3.5 billion for Repsol.

“The sale process attracted significant interest and led to more than a dozen bids from the world’s most significant liquefied natural gas operators, culminating in the agreement with Shell,” Repsol said in a press release. “The deal strengthens the company’s balance sheet and financial position,” it added. “advancing the goal of reinforcing its credit ratings, and reduces Repsol’s net debt by more than half to 2.2 billion euros, excluding Gas Natural Fenosa.”

With this transaction, Repsol has in a year divested assets for more than 5 billion euros, surpassing the objectives outlined in the 2012-2016 Strategic Plan to divest between 4 and 4.5 billion euros in the period.

Repsol and Shell have additionally signed an LNG supply agreement by the latter to the Canaport regasification terminal of approximately 1 million tons over a 10-year period. The North American facility is not included in the sale process as the low gas prices currently seen in the US market do not allow the asset’s medium and long term potential to be adequately valued. Repsol will analyse all available operational, financial and strategic options for this asset. Repsol will adjust the book value of Canaport with a net provision of $1.3 billion, which will be recognised at the time of the transaction’s closing.

The funds obtained from the sale of the LNG assets will be used by Repsol to boost its upstream organic growth strategy following the completion of the transformation of the downstream unit with the expansion of the Cartagena and Bilbao refineries. The development of the upstream business is built on the exploratory success of recent years.

The exploration and production unit is the company’s main growth engine, centred on 10 key growth projects which include some of Repsol’s most significant exploratory successes of recent years.

According to the Spanish corporation, it “will maintain significant exploration and production activity in the countries where it has sold LNG assets.”

In Peru, one of the countries of most strategic importance for Repsol, it has recently made an important discovery, located in block 57, called Sagari, with preliminary resource estimates of up to 2 TCF (trillion cubic feet) of gas. The discovery reinforces the potential of this area in Peru, home to the Repsol’s Kinteroni find, one of the five biggest discoveries made worldwide in 2008 and currently under an accelerated development program aiming to begin production this year.

In Trinidad and Tobago, Repsol maintains significant production and is drilling new wells. The company has stakes in seven blocks and is exploring options to obtain new licenses.

Repsol and Shell intend to complete the agreement before the end of 2013 after obtaining the necessary approvals and fulfilling the agreed conditions. Until the close, Repsol will continue to operate the assets.

Repsol has retained the services of Goldman Sachs and Linklaters as sole financial and legal advisors respectively in this transaction.

Be the first to comment on "Shell buys Repsol’s LNG at $6.7 billion"