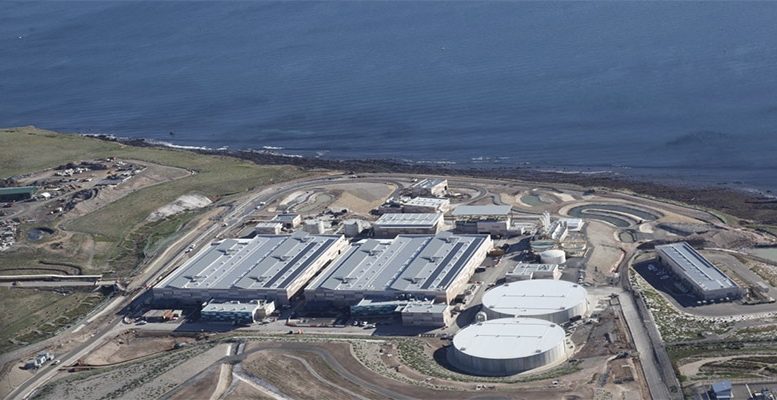 Desalinition plant of Acciona in Cerdeña

The Hong Kong Water Supplies Department has selected a consortium including Acciona to design, build, operate and maintain the first phase of the Tseung Kwan O desalination plant. The project, worth HKD9.018 billion (€1.042 billion), includes the construction and operation of the plant for a duration of ten years. The facility will equip the city to face the challenges of climate change and the low level of rainfall in the area.

Construction and design work will commence this month and the plant will be operational in 2023. Its initial output will be 135,000 m³ per day. The operation contract will be valid for ten years, with the possibility of a five-year extension.

Hong Kong has chosen to use reverse osmosis technology for the facility’s desalination process; this is the most advanced and most effective way to produce drinking water, contributing to sustainable use of water as a scarce commodity.

Acciona carried out its first project in Hong Kong in 1993, when it participated in the construction of the 1,177-metre long Ting Kau bridge, one of the longest cable-stayed bridges in the world, which was completed in 1998.

Since then, it has undertaken landmark projects such as the Kowloon station (one of the largest in Asia) and Kam Sheung Road station, the Lai Chi Kok viaduct, and a number of infrastructures for the KCRC railway, such as the Ma On Shan line.

Presence in the area

Acciona strengthened its footprint in Asia last year. In Vietman, the company was awarded the contract to design and build the Nhieu Loc Thi Nghe wastewater treatment plant (WWTP) in Ho Chi Minh City, the country’s largest city, and to operate and maintain it for five years, with the possibility of a five-year extension.