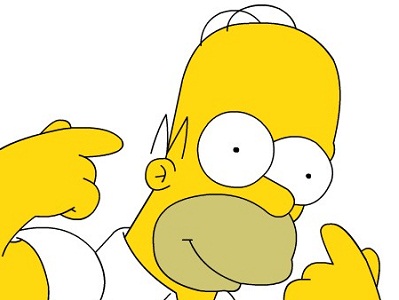 MADRID | Analysts at Barclays in Spain felt so shocked by how little knowledge some market participants can display about the actual situation of the Spanish economy, that decided to act. Why Spain does so poorly compared to the rest of Europe? Well, does it? This is the quick note they wrote on Friday aimed at lending a hand to

“some brokers and fund managers, mostly foreign, [who] seem to have gone back to ask some questions we thought we had already overcome. Here are some of the doubts we have lately again had to deal with …”

Is Spain’s debt 50% greater than the ‘headline number’ frequently used? Is Spain hiding the real volume of debt?

Is the deficit target difficult to achieve?

“Of course it will be hard to get, but the problem of overspending has come from the regions and, in order to tackle that problem, the central government has already set by law a spending ceiling and opened the possibility to intervene them, something that wasn’t allowed before.”

Has Spain suffered a housing bubble? Have prices still to drop further?

“To conclude that prices should fall this much or that much, looking at the correlation with the evolution of wages in the last 20 years when interest rates have gone from 13% to 1% and mortgages at 10 years to 30 years, or looking at the evolution of the local population when what we are talking about are tourist locations, is something that even Homer Simpson would question.

“We have little doubt that prices will keep falling, but we really do not think this should surprise anyone. We have also seen rather more sophisticated and complete information about the Spanish property sector from much smaller portfolios than those that appear to be impacting the market.

“And Barclays has very positive reports about Spain and future evolution of GDP that deserve much more credit.

And finally, will Spanish banks lose €200 billion on loans?

“This is another issue that has been well discussed in the last two years. Everyone can have his own estimate and if one wants to use unpaid mortgage rates of 11% when after three years of crisis these are at 3% …he is free to do so, but we should at least take into account the banking provisions and depreciation that banks have already carried out, the recapitalisation banks have done, and so on and forth.

“Also, perhaps they should consider that the loan to value on mortgage loans is 60%, so it seems extremely unlikely that the banks lose 45% of their mortgages. And on the other hand the level of non performing loan ratio in credits to the construction industry is similar to that in the crisis of the 90s.

“Just to clarify that the ratio of the Spanish families’ debt payments /income is only 19%, and unemployment affects mostly young people, who are usually not home owners. Thus, it seems wrong to say that the mortgage default will become at any time a serious trouble.”

Be the first to comment on "Doomsayers worse than Homer Simpson, Barclays Spain tells foreign brokers"