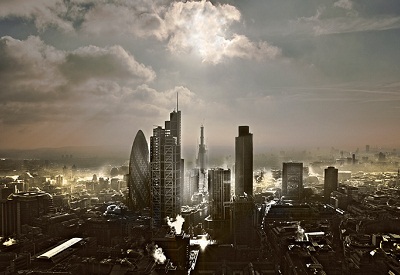 LONDON | The financial City of London would pose as an unlikely critic of Germany’s tactics throughout the long euro rope pulling between the peripheral rotten economies and the apparently unstoppable Teutonic motor. Report after report has come out from City analysts supporting how urgent austerity packages were and pointing at every bad decision made by Greek, Irish, Portuguese, Italian and Spanish politicians, who should have known better. Truth be told, City experts are never out of munition.

But the rope that was meant to guide battered southern euro economies towards safer and clearer fields is now closing around the neck of the whole of Europe and, collaterally, dragging down hopes of a global recovery. The German dictum now seems too stringent even for the City. This week, the investment industry in London has voiced its preoccupation.

There is no denying that Germany grew by 0.5% in the first quarter of the year, much stronger than market expectations. Germany comfortably outperformed again the rest of the euro zone and most of the developed world: its unemployment is at the lowest in over 20 years and business and consumer confidence still remains very high.

As Rupert Watson, head of asset allocation at Skandia put it,

“From Germany’s perspective it is reaping the rewards of a decade of prudence, while the peripherals are paying for a decade of excess. Germany argues (and with some justification) that it is not its fault that others have wasted the last 10 years and that to close the gap requires the Spanish and Italians to become more German and not the other way round.

However, Watson wrote to his clients, German Chancellor Angela Merkel’s being right would have her turn into a righteous euro boss:

“while less government spending, improved labour market flexibility and better governance are desirable in their own right, attempting to resolve ten or more years of mismanagement in a short space of time was always going to be a push. The clash between this and the political realities have been growing for some time.”

The ongoing strength of the German economy will eventually help to rebalance the euro zone economy as a whole to everyone’s benefit, Skandia believes, but it noted that it’s going to take years rather than months.

“It is becoming increasingly clear that neither financial markets nor the politics on the ground are working to the same timescale. Germany needs to give the peripheral economies more time to resolve their problems or risk financial and political chaos on its doorstep.”

Director at currency specialist HiFX Jason Gaywood described in frightening terms the current situation, a by-product of having rushed to impose budget cuts all over the euro Mediterranean countries.

“Financial markets are punishing the euro, which is trading at close to four year lows against Sterling, EU sovereign bond yields and European equities. The reason is simple, events make the outright collapse of the already seriously compromised euro ever more probable.”

The overwhelming concern of the markets is that the euro area would now find itself in an irretrievable catch 22 dilemma, Gaywood said. Austerity is needed for investor confidence to recover but a Greek default would have devastating results.

“If the European Commission stands firm and Greece defaults, its ejection from the euro will trigger a run on a number of European Banks and lead to a contagion risk with other members such as Portugal, Italy, Ireland and even Spain following in quick succession spelling an ugly end to European Monetary Union.

“The other, equally unpalatable, outcome would be a relaxing of Greek terms leading to understandable demands from Ireland (who was bailed out in 2010) for similar concessions and significantly increase the likelihood that Italy, Portugal and Spain would seek such external support. In this situation, the much publicised European Stability Mechanism which extends ‘on paper’ to some €500 billion would not be either big enough or easy enough to raise in time to save the euro.”

Forced early Greek elections could restore market confidence sooner, suggested Sheridan Admans, investment research manager at The Share Centre. Admans considers that if the Greek elections are set to take place ahead of the scheduled date of 10 June, a new, fresh government would somehow add stability instead of Greece’s current political void.

And the new Greek authorities will be less receptive to terminate public spending up to the levels Berlin would be happy with.

“Investors are likely to become more pessimistic the longer it takes for any resolve to be found in Greece.

“…the sooner an election takes place, the greater the chance of averting increased levels of volatility as we approach the summer months.”

The Share Centre in London, in fact, recommended investors to worry less about European State finances.

“Investors should take some comfort in knowing that large cap stocks are better financed than they were pre-Lehman. They are sat on stock piles of cash and have been conducting aggressive cost cutting strategies, so are in a stronger position to bounce back much quicker than after the crisis in 2008.”