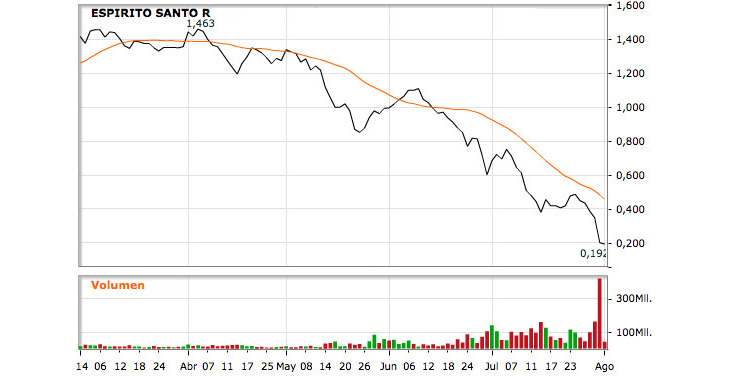 Bad corporate results on both sides of the Atlantic (Adidas, Volkswagen, Metro…) affected by political instability fuel fears that the consequences of sanctions on Russia may expand to companies and real economy. And it could then slow down the global and, especially, the European recovery. All this in the context of some controversy about the demanding multipliers of some listed companies.

The bank reported losses worth €3.577bn. The decline of value related to exposition to companies controlled by Espirito Santo family and businesses in Angola made the bank to run out of fund or excess capital obtained in the last capital increase (estimated to have totalled €2bn). Bankinter highlights the reported losses are higher than the capitalization itself in the stock market (€1.91bn) and that’s why BES will need to increase capital again to restore its solvency ratios. This would prompt a rough depreciation to €0.07/share value for the new share, as analysts forecast. This gives an idea of the impact that analysts are expecting in the loss of value for the current stakeholders.