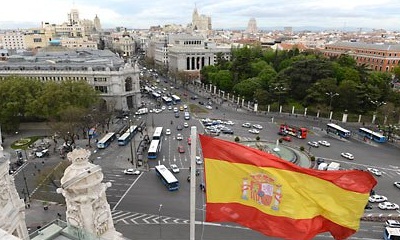 By Carlos Díaz Guell, in Madrid | Spain, its public debt as much as its equity markets remain a paradise for investors on short positions who bet demand will go down, while investors interested in the long term just abandon the country because of the lack of reasonable expectations.

They are not necessarily evil speculators but simply professionals representing many investors who seek higher returns to their capital and now Spain is one of the goals for those who look for profit from value drops, rather than doing what seems normal for those not familiar with the markets: one buys stocks, bonds, securities or other investment mechanisms hoping for them to rise.

Despite what may seem a complex process, shorting is a common art and is loved especially by hedge funds, alternative investment funds or collective investment vehicle. Their job is to borrow securities to sell them with the expectations that their market price will fall in the meanwhile so there will be a profit to be made on the difference between the sale price and the subsequent repurchase, being the traditional savers who account for the loss in value.

The problem is when these operations occur without the fund agents having actually received the security, which is called ‘naked short’. Although conditions to operate in short would imply that the borrower of stock with the intention of shorting is penalised as time passes, it’s only in the US that the activity is carefully controlled. In Europe, it is too often riddled with bad practices, as when there is suspicion that collusion takes place with certain tendentious financial news in many such operations.

Although some sources emphasize that Spain is losing its appeal to the shorting market forces, the reality is that what we can confirm is the flight in recent months of stable, long-term investors.

Equally evident is the spectacular fall of the Spanish stock market so far this year (-22%), which experts believe that about 95% was due to short position activity. In fact, the whole financial sector is under shorting moves, what has led many institutions into vulnerable and unjustified situations; not in vain there is a consensus that the downward pressure can modify the values ​​in the stock market and sometimes seeks to manipulate prices to make huge profits.

The country’s economic and financial stand is weak, there is no denying it, but the image reflected by the markets often is unreal.