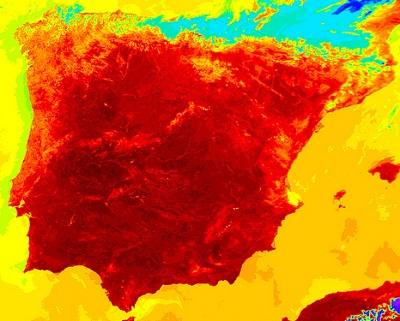 MADRID | People at command in Madrid seem baffled by the massive onslaught inflicted on the economy. A steeply rising risk premium coupled with the severe battering the stock market is receiving have dampened any hope to steer out of trouble with minor collateral damage. The dream of a soft landing has switched into the nightmare of plausible intervention. Fear to fall in that abyss has materialised in a rather hectic reaction.

A mere press release at the outcome of (informal) contacts between PM Rajoy and his economic ministers has announced huge €10-billion cuts in health and education. The aim is to trim regional expenditure where main deviations are to be expected. But delivery has conveyed the impression Spain is at the brink of financial breakdown: no press conference, no parliamentary discussion, not a single official explanation on why such a step have to be taken so hastily. The parallel with a War Cabinet confronted with major collapse in the battle front seems all too obvious.

Trying to downsize the problem to just deficit control appears as a stark blunder. With no growth prospect in view, budgetary cuts can only fuel a vicious circle of additional downward pressures and further imbalances. No economy has ever harnessed public finances unless income picks up. True enough, regional spending stands as the main question mark to achieve fiscal consolidation. But out-of-the-way proceedings to bridge the gap, portraits the lack of any articulate plan ensuring economic developments are under firm control. Nervousness hardly serves to reverse ailing confidence. It comes as no surprise that markets have immediately reacted taken bets against Spain.

Spain’s woes mainly stem from bleak worldwide economic outlook. Jobs in the US have stalled while China and other emerging powers are rattling. Meanwhile, Europe seems entangled in a fruitless tug-of-war amplifying its discomfiture. Vulnerable countries like Italy and Spain are taking the brunt of this overall disarray. The only effective shield to save the situation and wait for better days is preserving confidence. Lack to deliver it in a credible way might end up in utter disaster.

Be the first to comment on "Dwindling confidence in Spain"