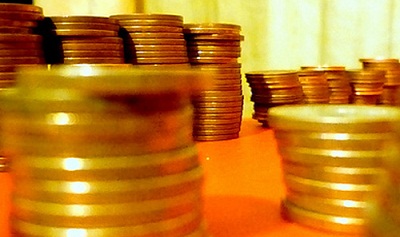 By Nuño Rodrigo | www.cincodias.es | While our European leaders battle with a crisis seemingly impossible to be resolved, while euro zone third and the fourth economies feel threatened by the danger of being rescued because they cannot afford to access the markets, and while for all of these reasons the world approaches a crisis relapse, the guardian of austerity secrets and price stability wakes up every day with a sack of almost €800 billion in its virtual basement.

This amount exceeds the rescue fund capacity and is equivalent to all Spanish public debt in circulation. It could cover Spain and Italy’s maturities together for a couple of years. This cash owner could invest in 2- years Spanish debt over 4.5%, but they prefer to have it there, at 0.25%.

For these investors, banks or institutions would be, surely, nice to make savings (or third party’s savings) even more profitable. However, they prefer not to do it. This is the problem: there are people who earn millions of euros fo

it-26.html”>where i can get a loan with bad creditr moving money and the better idea they have is to keep it in the piggy bank. And the European institutions are unable to stop this nonsense.

The treasure guardian prefers to save face, nevertheless, and not to confront publicly the Bundesbank’s inquisitorial army.

The truth is that last December European Central Bank’s liquidity injections effect was temporary. Interest rates fell and markets gave a break, but it was useful only for the investors to sell peripheral countries’ debt and to place the money in the ECB till, or in German debt, whose yield is even lower.

Maybe this is the reason why the ECB has showed itself reluctant to reactivate the liquidity programme, but this does not mean the central bank does nothing. For instance, the relaxing of requirements on assets that are deposited with the central bank when borrowing money will be a relief for troubled countries’ financial entities.

Anyway, those €800 billion shelved in Frankfurt point out that what Europe needs is not money, but confidence and a European project. Europe does not need high- flown declarations, or historic summits either. It needs to convince those who keep the money under the mattress of using it. Because 4% is more than 0.25%.