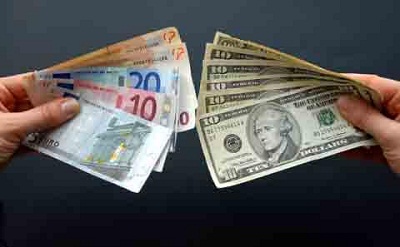 By Luis Arroyo, in Madrid | Spain is the word. Everybody looks at Spain with suspicion because it could be the source, not the cause, of the next and penultimate euro crisis. The premium risk goes up, Argentina prepares a takeover on YPF, and the King breaks his hip and his grandson shoots himself in the foot.

The rumours I hear tell me that the nation’s government does not expect any help from Europe (yes, our Europe), and Spain has no choice but to face the music alone. Yet, I disagree that this is what will happen for two reasons: first, I do not believe the Spanish society will swallow the sour pill without serious conflicts. Second, in previous crises since 2008, the euro mess has had a contractionary effect over the world economy, and the cul-de-sacs have been avoided in part by US, G-20 and IMF pressure on the European Union to make something, to what it has always responded with stinginess.

In the graph, our esteemed readers can see a usual correlation. The red line is the spread or risk premium between the benchmark US Treasury bond and the private BAA bond. For me, it is a reliable indicator of risk appetite: the higher the distance, the lower the appetite for risk and the lower the level of economic activity, as confirmed by the red line, which is the Industrial Production Index (year on year). It is clear that when the interest rate differential rises, production slows or falls. Let’s say then that the normal level of the risk premium (blue line) is usually 2%, so it has not returned to normalcy since the 2008 crisis.

If you look at recent times, we see that after a vigorous rose, IPI has slowed. That has coincided with two interest rate differential hikes over 3%, which in turn are consistent with the euro crisis of 2010 and 2011. An alternative view would be the one that points at the interest rate of the inflation-protected Treasury bond on the secondary market (or TIPS) in the following graph, a rate that had climbed laboriously out of negative positions (thanks to the soothing effects of  the Long Term Refinancing Operations) but has fallen precipitously afterwards: people are willing to hedge with these bonds with a negative return. Please, note that this the first time this security reaches that price. Here, the weight of the euro in the world is revealed. Most probably, the good news about the US economy are to be discontinued on the campaign trail, and all because of the European games. I imagine that this will rekindle the debate regarding the size of the super-bailout fund and a higher contribution of the International Monetary Fund as a previous step to an intervention in Spain, which hopefully will not happen.

The Americans must be so fed up with our problems, that I cannot not rule that they push again for Europe to display all the artillery available, supported by the IMF and the G-20, to save to Spain, even temporarily. All patchy and sketchy arrangements that we have in place have been made due to external pressure. The European authorities seem to care a monkey’s, but the US activity is cooling and their patience fading away…

Be the first to comment on "The euro and the world"