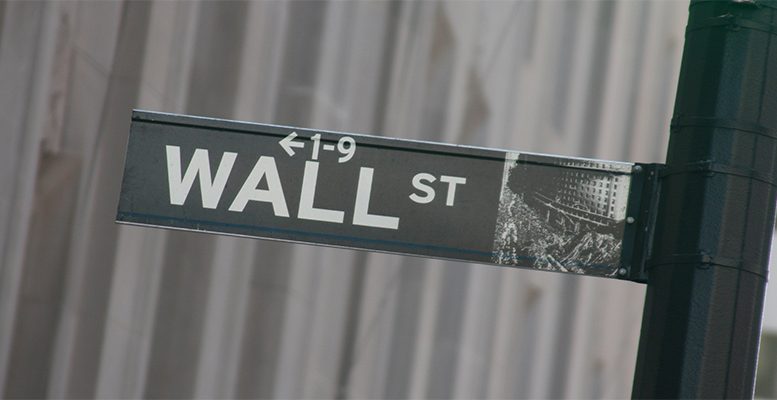 Profits are recorded in the balance sheet. Dividends are paid out. For that reason, when we evaluate the returns we can get from the stock market, starting with the dividend yield is usually what makes most sense.

At the end of the day, the long-term return which the stock market offers will be all the dividends the companies in which we are shareholders will pay in their lifetime, in principle indefinite. From a conservative standpoint, given the current dividend, the European bourse offers a higher return than the US stock market. At current prices, and taking into account the dividend paid against 2016 results, the Euro Stoxx 50 offers a dividend yield of 3.4% versus the 2.0% offered by the S&P 500. If we take as a reference the dividends estimated against 2017 or 2018 results, the outlook doesn’t vary much, maintaining a differential close to 1.5% of annual return, in favour of the European bourse.

There are big differences in dividend payments, depending on the sector and the size of the companies. In general, the mature industries and the big companies pay out a higher percentage of profits as a dividend. This is because they need to reinvest less to grow than the smaller companies do. On the other hand, SMEs with big expansion plans, and those which operate in sectors with large growth potential (and investment needs) usually keep back a greater share of profits. The dividend they don’t pay today is equivalent to the profits they retain to be able to pay us a bigger dividend tomorrow.

The European stock market, and particularly the Euro Stoxx 50 index, has a larger percentage of big companies which operate in mature markets than the US stock exchange. It’s represented by a wider index, of 500 firms, a greater number of which operate in less mature sectors, notoriously, those linked to IT and communications. On average, the Euro Stoxx 50 companies distribute a greater proportion of profits than those in the S&P 500.

In a year and a half, against a standard level of profits, their pay-out is usually close to levels of 50%, compared with levels below 40% which are the norm for the average of the US firms. With the same profit multiples, paying the same PER, the European stock market’s bigger pay-out would justify a higher dividend yield of a little over half a percentage point. If the differential is greater, that’s because the price the market pays for its earnings, ie the PER, is also traditionally lower than what it pays for the US market’s earnings. This means acknowledging that the US stock market offers greater long-term growth prospects, or a lower risk profile.

The European bourse usually trades with a lower PER, but a higher dividend yield than its US peer. This is largely explained by its sectorial make-up ( a lot more banks and public service companies in Europe, many more technology firms and big consumer companies in the US). But when the differential expands significantly with respect to an historic average, there are other factors involved. Notably, a different general perception of risk which, in the Eurozone, since the financial crisis, is the response to the doubts over the euro’s future. In fact, if we compare the trading multiples of the big global multinational consumer, technology or industrial companies, both European and North American,  we don’t really see any major differences between them. But companies in the financial sector and regulated sectors (electricity, telecommunications) in the Eurozone are trading at much more punishing multiples than their US peers.

But apart from the fact that European profits and dividends trade below those of the US, at current prices, and with respect to their historic levels, are the stock markets more or less expensive? The answer differs depending on what we consider as comparable in historic terms. If we take very long periods, many decades, as those who have been trying to defend the thesis, for the last at least three or four years, that the US market is very expensive, we could say that the PER of the S&P 500, 18 times estimated 2017 earnings, is above the historic average, which would be between 15 and 16 times in the last 50 years.

However those who make this comparison tend to forget that, on average, the US 10-year treasury bond yield, taking as a reference the last five decades, would be a lot higher than 6% (compared to the current 2.5%). And that the average PER of 15 or 16 times is obtained thanks, to a  large extent, to a long period of PERs close to, or lower than 10 times, which was the case in the 1970s and 1980s, against a backdrop of inflation and interest rates which were close to or higher than double digit.

In conclusion, if we assume a scenario of long term interest rates which are similar to the current ones, the US market is slightly cheap and the European market very cheap. Only against a backdrop of interest rates on 10-year sovereign bonds clearly higher than 4% in the US and 5% in the Eurozone would we begin to view the equity markets as expensive. We don’t think these scenarios, particularly in the Eurozone, are very likely. At least not in the short and medium-term.